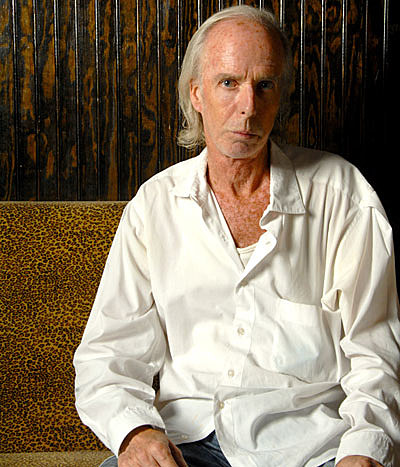 Steve Lewis: Don Hill has passed, and a lot of people are getting together to celebrate his life. Since Don Hill went down, there's not as many places where we can all gather. And let's face it, Don Hill owned the place. He booked it, he answered the phones, and, we suppose, at the end of the night swept up the place...Michael T, tell me why you're involved in this event, and what did Don Hill mean to you?

Michael T: I met Don back in the eighties at Cat Club when I was very young. He opened Don Hill's in the early nineties, and I was one of the first persons to perform there. Later, in the second run of Don Hill's, I started to do my party, Rated X, there. It was really the first time that Don and I had worked together on a regular basis. It was super easy. Don was always the same. He was Don. It's so rare in the business to have someone that's just steady, where you know what you're going to get out of him. We had a great working relationship, and a comfortable personal relationship. He was a straight shooter.

Don Hill (RIP) will be remembered December 15th when a band of musicians will gather at Irving Plaza to celebrate his life and legacy. The show features performances from some of the musicians that blessed his night spot including names like Richard Butler (Psychedelic Furs), Royston Langdon (Spacehog), David Johansen (NY Dolls), Manitoba, Jesse Malin & the St. Marks Social, Lenny Kaye, The Toilet Boys, and many many others.

At 1am the party turns into Squeezebox. Tickets are still available. Flyer below... 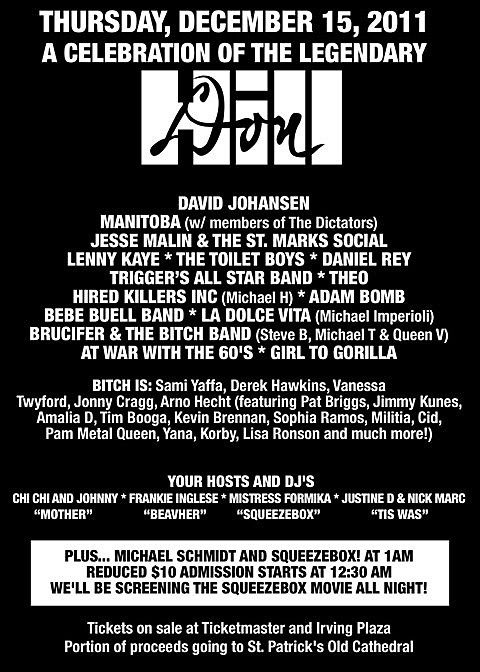