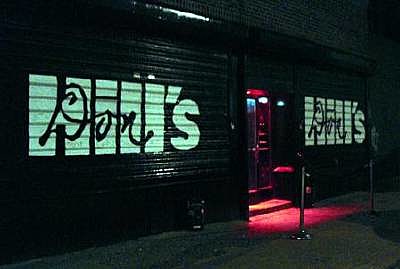 "...Don Hill's was born in April 1993 to much flag waving, fanfare and hoopla. The Smithereens set the tone that night and it has since become a virtual rock and roll hall of fame. Don has booked the joint, hired staff, run day to day and night to night operations, he's answered the phones and I suspect that on some nights he swept out the joint. He will now be joined by superheroes Nur Khan and Paul Sevigny. They will come in with mad skills, new energy and cash to redux the place. They will merge with Don to create more of the same but even better. Nur is famous for his stadium act showcases in what essentially is an over-sized living room over at Rose Bar. He will now have a mid-size venue to accommodate his vision and connections. Nur and I talked about the Don Hill space being perfect for him over a year ago. I floated the idea past Don Hills honcho Nicki Camp last July and I am as pleased as punch that a deal has been finalized. Nur is partnered up with my own personal Jesus, Paul Sevigny at Kenmare and together they will bring their unparalleled talents to this venture. The inclusion of Don into the mix is brilliant. I caught up with Paul and asked him if I could finally write about this and he spewed info at me at a thousand words a minute. I got some of it.

The essentials are that they will renovate. Thousands of rock and roll shows have worn the place out. Rock and roll has a tendency to do that--take a look at a recent shot of Keith Richards. I told Paul that I heard from a second source about this love-in and therefore I should be allowed to tell my loyal readers the good news. Paul agreed and gushed info at me. He's wanted to talk about this for a while and is uber-excited. "We're adding 5 bathrooms and seating, we're going to fix it up." I tried to take notes but it was hopeless. He was particularly excited to reboot the traditional all-ages Sunday rock shows. He told me to expect 2 or 3 big rock and roll shows a month. I know enough not to ask him if this will be the new Beatrice. Paul would have said Beatrice was Beatrice and this is Don Hills and why do people ask that and then he would have mumbled, laughed to himself and made sly, snide side comments--a bit like loveable Popeye." [Steve Lewis]

The Dead Weather, in addition to appearing on Letterman tonight, will play an invite-only "pre-renovation show" at Don Hill's tonight (Wed, August 4,9:30 pm - 4:00 am). Last night they played what ended up being a sold out show in Prospect Park. 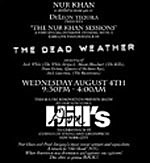