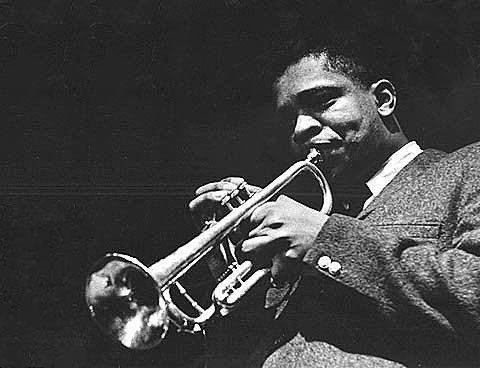 Jazz trumpeter Donald Byrd passed away earlier this week, and his death was not widely reported till now, via Amoeba:

Rumors were put to rest when confirmation of Byrd's passing was announced by the artist's nephew Alex Bugnon who said that his 80 year uncle had indeed died on Monday, February 4th, adding that for some reason other family members were trying to shroud his passing in secrecy. "I have no more patience for this unnecessary shroud of secrecy placed over his death by certain members of his immediate family," wrote his nephew. So far the exact cause of death has not been made public.

I grew up listening to hip hop, so my first encounters with Donald Byrd came by way of Guru's Jazzmatazz LP and "Buck Em Down" by Black Moon. The latter song samples the "Wind Parade" from his Blue Note LP Places and Spaces, an album I sought out which eventually lead me to more excellent funk/soul-infused jazz. But Byrd had quite the career before adopting funk into his repertoire, playing with the likes of Cal Tjader, John Coltrane, Wes Montgomery, Thelonious Monk, Lou Donaldson, Art Blakey's Jazz Messengers, Sonny Rollins, Herbie Hancock and countless others, as well as a member of his own band The Blackbyrds.

In latter years, Donald Byrd's music was sampled by countless hip hop artists as well, including names like J.Dilla, Large Professor, Public Enemy, Nas, Jungle Brothers, Ice Cube, and so many others. Check out some of Donald Byrd's work and some of the music he influenced below. R.I.P. Mr. Byrd, you will be missed.