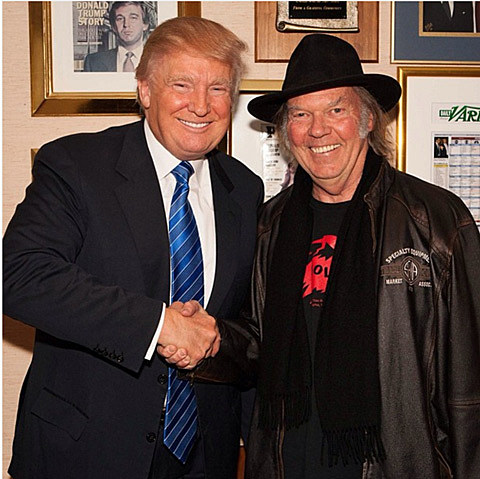 Neil Young
was upset when
Donald Trump used "Rockin' in the Free World" as a theme song announcing his bid for President. As Neil admitted in
his statement about Trump's use of his song, he had met with the multi-billionaire a while back when raising money for his
Pono music player, and Trump took to Twitter last night night to remind people of that, calling Young a "total hypocrite." In addition to Tweeting the above picture of him and Young at the meeting, Trump tweeted:

Though Canadian and doesn't vote in the US, Young has endorsed Senator Bernie Saunders for president and given him "Rockin' in the Free World" which the candidate has since used at rallies.