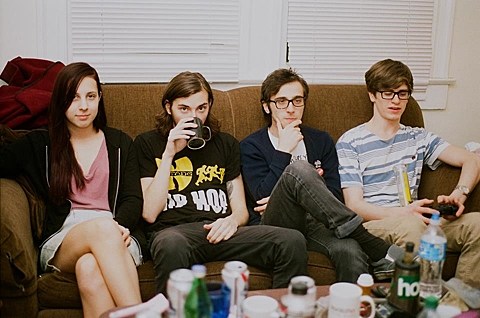 New Orleans rockers Donovan Wolfington (a band, not a person) have teamed up with Topshelf Records to follow last year's debut LP, Stop Breathing, with a new EP, Scary Stories You Tell in the Dark, on April 8. Our first taste of that EP is the loud, driving, full-throttle rock of its first single "Keef Ripper." It's not exactly lo-fi, but it's raw in a way that sounds like the band took the song straight from the practice room to the studio, with no time for last-minute edits or production value. They keep it tuneful too. Check it out (via Noisey), along with the EP tracklist, below.

Following a trip to Austin for SXSW, Donovan Wolfington are also set to head out on the road with Chicago's Dowsing, who share their knack for scrappy guitars and solid tunes. That tour hits NYC on April 17 at Death by Audio. No advance tickets or other bands announced at the moment.

All dates are listed, with the tour flyer and streams from both bands, below... 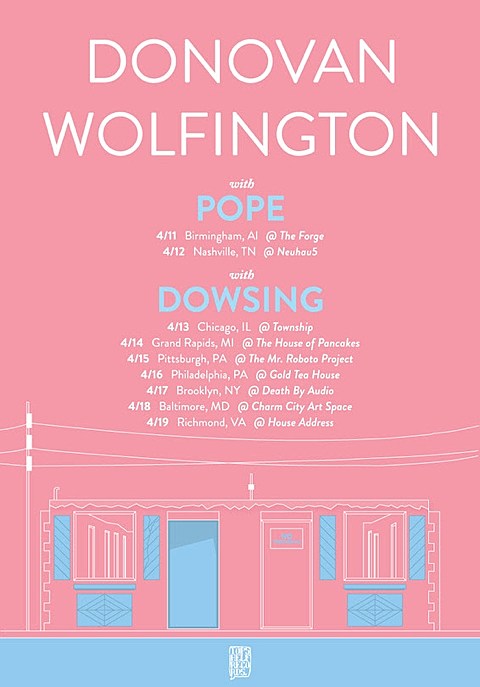