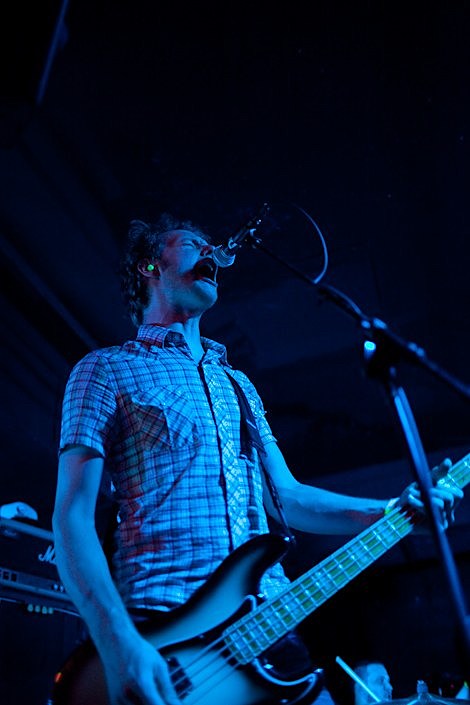 Though Doomriders are directly responsible for throbbing neck pains due to the head-nodding whiplash incurred on June 14th at the BV-BBG showcase, the band is determined to punish the tri-state further when they hit the road for a handful of dates including Union Pool on August 9th. Along for the ride are recent Deathwish signees Acid Tiger (featuring Ben Koller of Converge), Moutheather (featuring Nate Newton's bandmate in Jesuit, Brett Mathews), and I Hate Our Freedom (who are also scheduled to play Mercury Lounge with errortype:11). Full tour dates are below.

Meanwhile, bassist Jebb Riley of Doomriders' other project, Disappearer, have recently made their new LP The Clearing available for free download (much like their last EP). Disappearer are scheduled to support the reunited Cave In at their reunion show THIS WEEKEND in Allston, MA (7/19). More on Disappearer here.

Sourvein also played the BV-BBG show at Europa, and will be at Union Pool in the coming weeks as well.