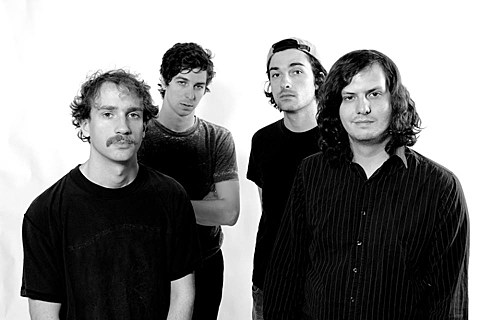 Baltimore's Dope Body have announced they'll follow 2012's Natural History with a new album, Lifer, on October 21 via Drag City. Its first single, "Hired Gun," is a punk rager filled with noise guitar heroics that you should definitely play loud. Turn up and do so below.

We already knew Dope Body are coming to NYC for a free show on August 29 at Brooklyn Night Bazaar with Single Mothers, Ed Schrader's Music Beat and Vulture Shit (that is a killer lineup), and they've since scheduled a full tour for this October. That tour brings them back to NYC on 10/16 at The Studio at Webster Hall and 10/17 at Palisades. No openers announced for those shows yet. Tickets for Webster and Palisades are on sale now.