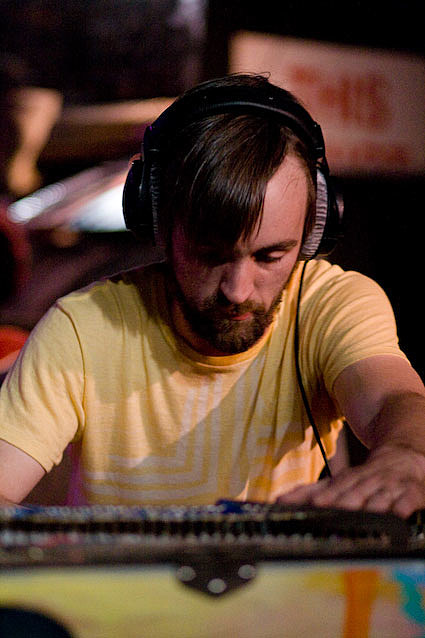 Gothamist: I assume you're going to be with Andrew Bird at All Points West?

Gothamist: Where are you guys at with his new album?

Dosh: Let's see. I want to say maybe 80% there. I think there are nine or ten tunes done. Jeremy just went to Chicago to do some bass on a bunch of the stuff. I'm not sure what the total count of tunes is that are going to be on there. Jeremy and Andrew went to Nashville and recorded I think seven songs there with guitars, violins and vocals. They sent me the files and I recorded a bunch of strange percussion stuff in my basement and then went to Chicago with Jeremy and did some live stuff there. And when Andrew was in Minneapolis for the World of Dosh show we recorded some looping in my basement.

Dosh is on tour with Anathallo. You can catch them tonight (May 24) at Union Hall in Brooklyn. Last night they played Mercury Lounge. How was it? More pictures from the show below... 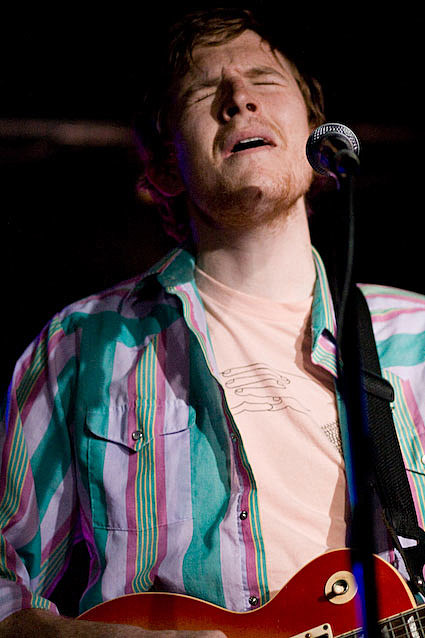 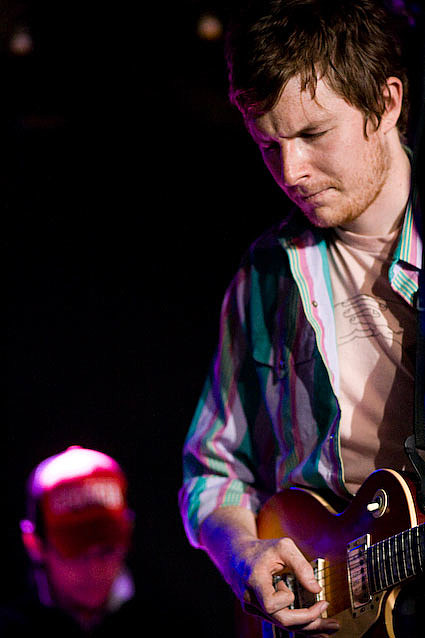 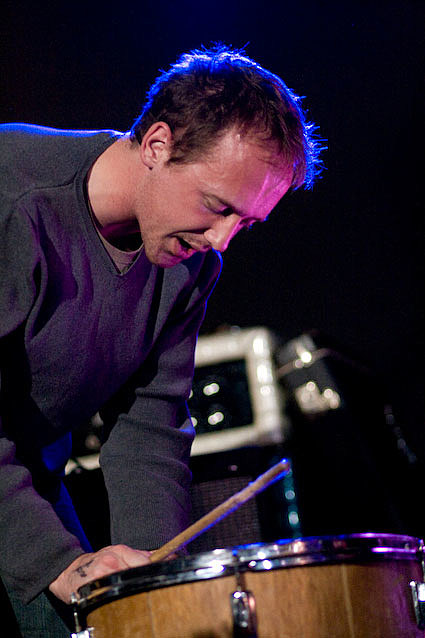 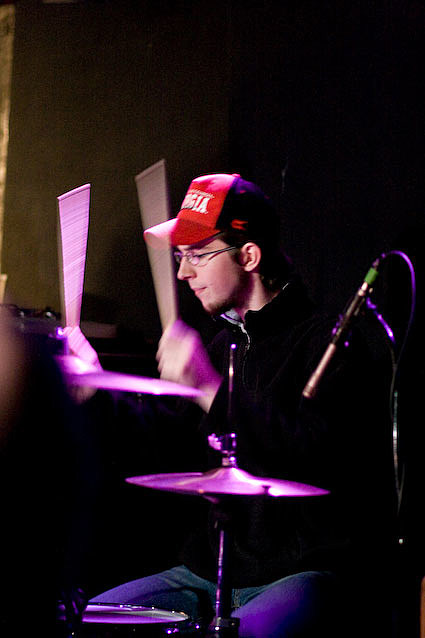 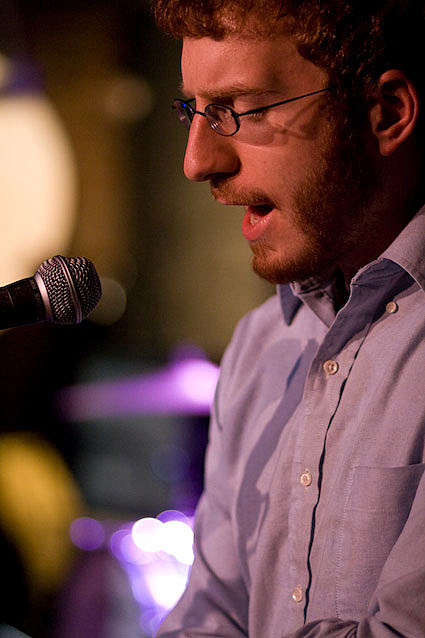 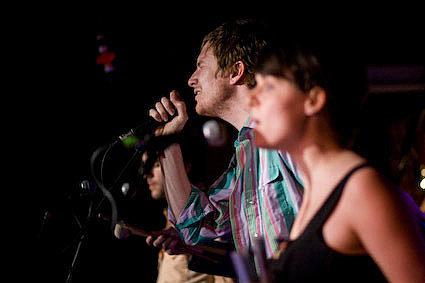 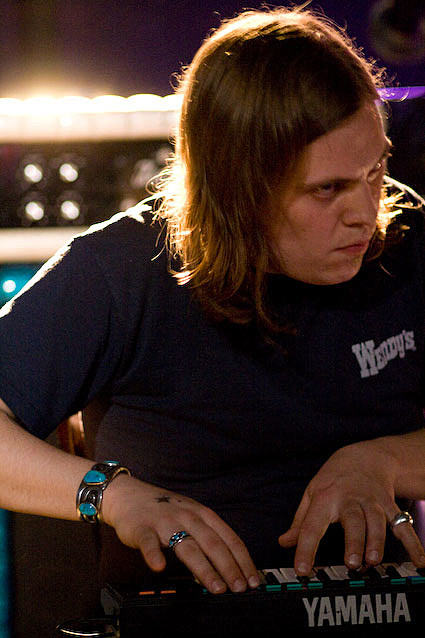 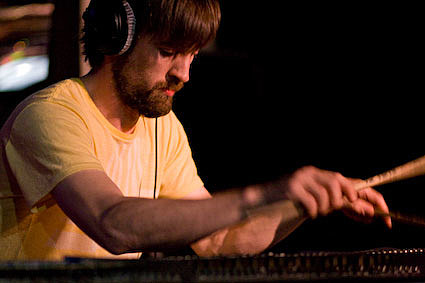 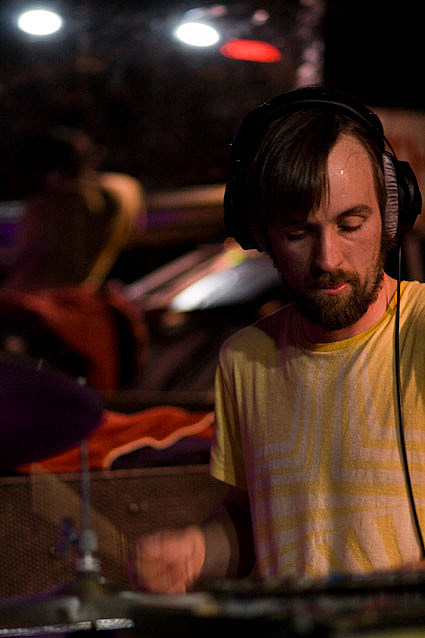 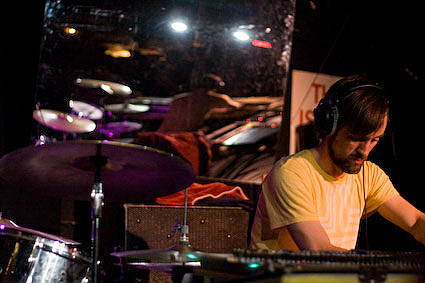 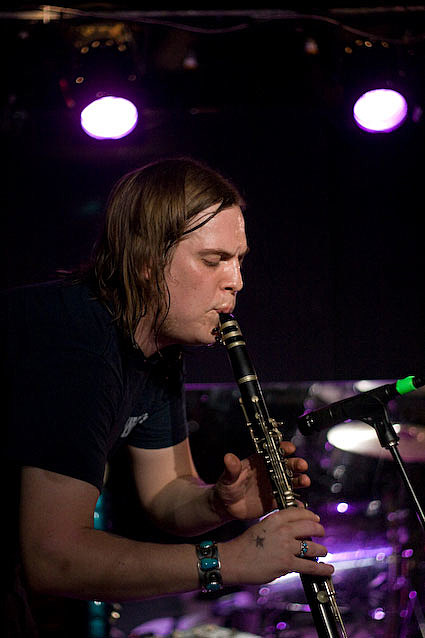 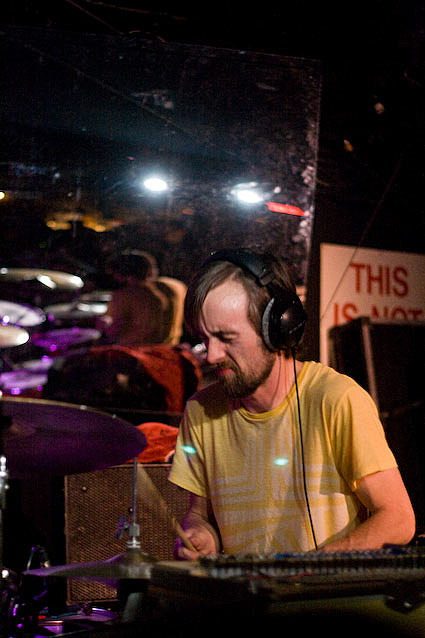 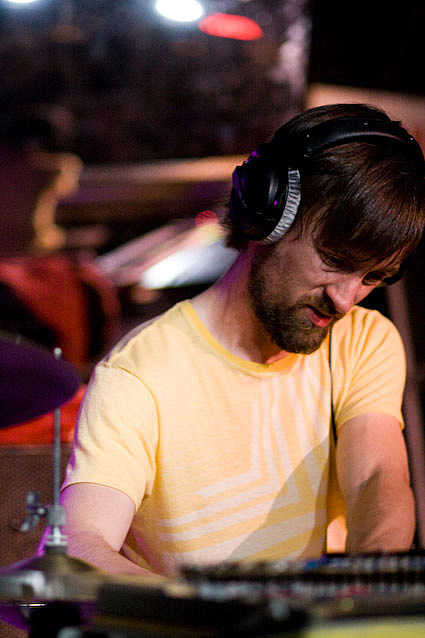