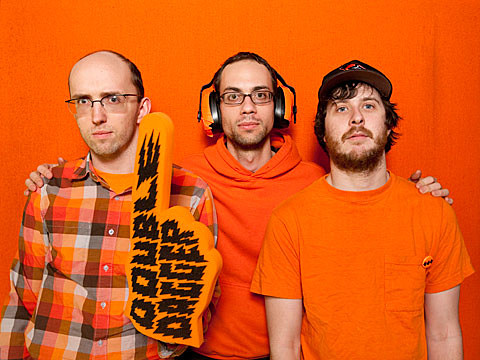 Double Dagger bid the world adieu in 2011, but have left the world with a pair of parting gifts. The Baltimore band will release their final LP 333, on Record Store Day (April 20) in conjunction with a new documentary on the band If We Shout Loud Enough. Also be on the lookout for video from their final live shows featuring appearances from Future Islands, Dan Deacon, Thank You, Wye Oak, and many more.

Meanwhile, Denny from Double Dagger's new band Roomrunner has a debut album and tour on the way and will be in NYC to open for Pissed Jeans at Bowery Ballroom on April 13 (tickets).

Teaser trailer for the documentary below...

'If We Shout Loud Enough' trailer