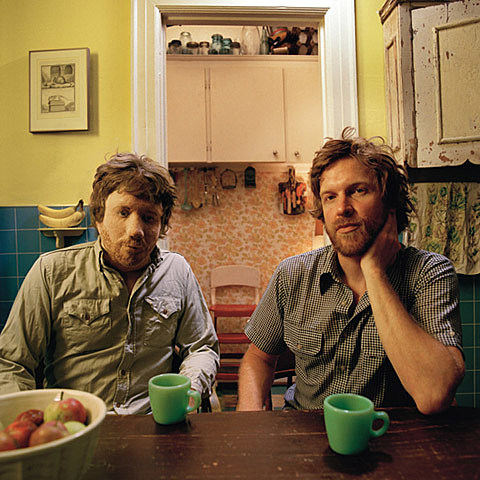 Doug Paisley kicks off a string of East Coast dates in Toronto tonight, June 4th, making his way to Brooklyn to play the Rock Shop on June 8th with Old Calf aka Ned Oldham (also of The Anomoanon), the first of a string of shows that the pair will do together. Tickets are on sale for the Brooklyn show which will also feature Hans Chew.

Both Old Calf and Doug Paisley are touring behind new recorded efforts courtesy of No Quarter. Old Calf's Borrow A Horse was released in April and features both "Peacock" and "Bonnie Cockoo" available for download above. Doug Paisley's LP Constant Companion was released last year, and features guest appearances from the lovely Leslie Feist. Check out one Feist-blessed track "Don't Make Me Wait" above, alongside "Always Say Goodbye", and another Feist guesting track "What I Saw" streaming below. Side note: Doug has also collaborated with Ned's brother Will. Bonnie Prince has also covered Doug.

Though Feist has no upcoming NYC dates, her cronies in Broken Social Scene will play Williamsburg Waterfront on September 8th with TV On The Radio. Tickets are on sale.

All of Doug's tour dates and that song stream below.

Doug Paisley - End Of The Day