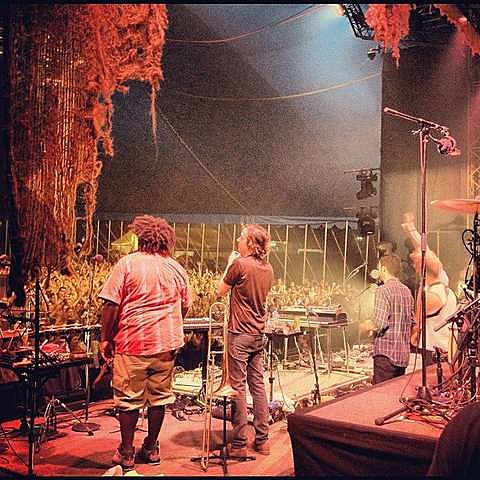 As you know, Bon Iver has four shows coming up at Radio City Music Hall, two sold out ones with Anais Mitchell (9/19 and 9/20), and two that were more recently added without openers. Well, 9/22 still has no opener, but it was announced that Canadian folk-country singer-songwriter Doug Paisley will be opening on 9/21. Tickets are still on sale for 9/21 and 9/22 and we have a pair of tickets you can win to the 9/22 show (the one with no opener announced yet). Contest details and all Doug Paisley tour dates are below.

In other DeYarmond Edison-related news, Megafaun played the Newport Folk Festival over the weekend (check out a pics and streams here), and are about to kick off a European tour with Damien Jurado. Also, Field Report (aka Chris Porterfield) recently made their NYC-debut at Mercury Lounge while on out with the Counting Crows, a tour that continues through August 10. All dates are listed below.

======================
For a chance at winning a pair of tickets to see Bon Iver at Radio City on September 22: either tweet something that includes both @BrooklynVegan AND "Bon Iver" in the tweet, or send an email to BVCONTESTS@HOTMAIL.COM with the subject line "Bon Iver". Include your first and last name in the email. We'll pick a winner at random and contact them with more details. If you enter by email, it will not be shared with anyone else. Good luck!
======================