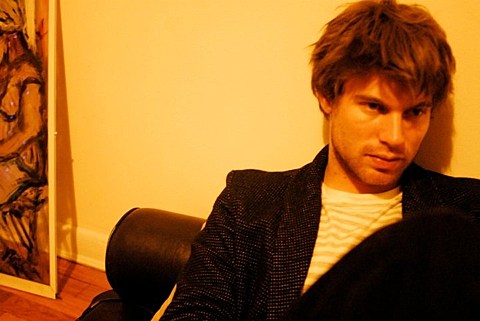 Doveman (aka Thomas Bartlett) has some upcoming shows this spring, including two of his Burgundy Stain Sessions in NYC. The first of those happens at BAM on April 27 as part of the Crossing Brooklyn Ferry festival, whose lineup was recently expanded. Tickets for the day Doveman plays and 3-day passes for the festival are still available.

His next session takes place at Le Poisson Rouge on June 7. Guests for this one include Paul Noonan (of Bell X1) and Trixie Whitley. It's likely that more will be announced too. Tickets for the LPR show are on sale now.

In addition to appearing at the Dessner-curated Crossing Brooklyn Ferry festival, Doveman will also contribute to The National's new album, Trouble Will Find Me, along with Sufjan Stevens and Arcade Fire's Richard Reed Parry, both of whom, like Doveman, contributed to High Violet. It also features St. VIncent, Sharon Van Etten (whose most recent album, Tramp, was produced by Aaron Dessner), and Nona Marie of Dark Dark Dark (via Gothamist). Have you heard The National's new single from that album?

Doveman is also appearing in NYC even sooner as a special guest with past collaborator Martha Wainwright at her City Winery show on April 17. Tickets for that show are on sale now. Martha has other upcoming dates posted at her website.

UPDATE: Thomas will also be at LPR in May to assist his bandmate Sam Amidon whose forthcoming Nonesuch debut he co-produced.

In more related news, Trixie Whitley, who appears at Doveman's LPR show, will also play NYC area dates on April 26 at Glasslands and May 11 at Maxwell's. Tickets for the Glasslands show and the Maxwell's show are on sale now.

All Doveman dates are listed below...