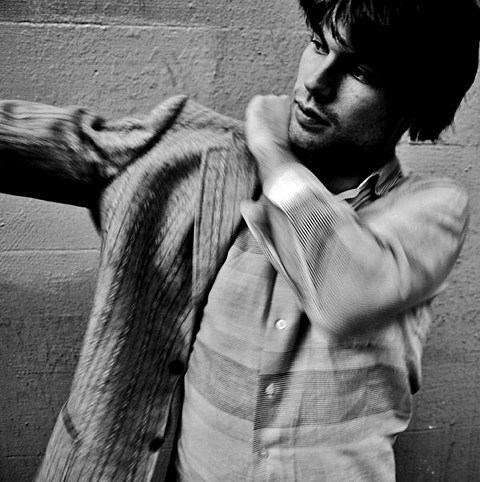 It's only February, but Doveman (aka Thomas Bartlett) is already having a characteristically busy year. He's currently on tour as a backing musician for past collaborator Glen Hansard, along with his fellow Sufjan Stevens/The National/Justin Vernon collaborator Rob Moose and his fellow Rufus/Martha Wainwright collaborator Brad Albetta. That tour wraps up this weekend. All remaining dates and a video from Wednesday's (2/10) DC show, below.

Ahead of that tour, Glen Hansard joined Doveman for one of his Burgundy Stain Sessions in Dublin in December, his second session ever to take place outside of NYC. The next session will be back in NYC on May 14 at Le Poisson Rouge. Guests are still TBA, but tickets are on sale now.

In between the Glen Hansard tour and the LPR show, Doveman will be on an international tour with the mostly-Irish supergroup he's part of, The Gloaming. It begins in their home country, where fellow Irish musician Glen Hansard's band The Frames play their 25th anniversary shows this July. All Doveman and Glen Hansard-related dates are listed below.

Doveman also played on and helped mix the upcoming Sufjan Stevens album, Carrie & Lowell, which comes out March 31 via Asthmatic Kitty. Sufjan was just announced for the Justin Vernon and Aaron Dessner-curated Eaux Claires Music Festival happening in Wisconsin on July 17 & 18 with Bon Iver, The National, Spoon, The Tallest Man on Earth and more. Tickets are on sale now. Sufjan will also be in NYC three times on his upcoming tour, which ends two days before Doveman's show in Sufjan's hometown.