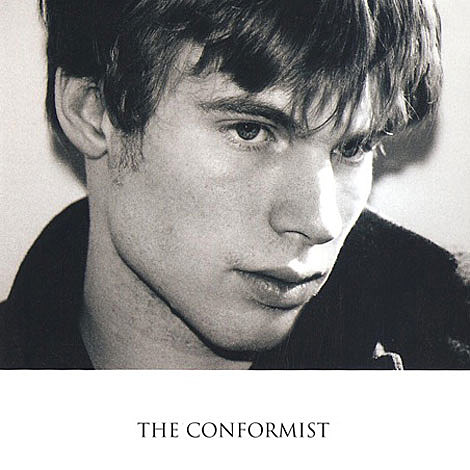 Speaking of Nico Muhly, he just played a Wordless Music show at Columbia's Miller Theatre on September 9th. There he performed with '802 Tour,' a round-robin style stage show with frequent collaborators Sam Amidon and Thomas Bartlett...

Mr. Bartlett's piano-driven ballads, including some from a forthcoming CD, "The Conformist," had a shadowy, confessional intimacy that was accentuated by his tremulous, nearly whispered crooning. In sharp contrast, Mr. Amidon affected a ragged backwoods yelp for traditional shape-note songs and other folksy material.

Mr. Muhly's appealing instrumental compositions drew on Philip Glass's harmonic stasis and the rhythmic vitality of Stravinsky and Ligeti, mixed with a flair for electronic counterpoint that was all Mr. Muhly's own. Yuki Numata, a terrific violinist from the ACME group, brought out an ardent romanticism in "Honest Music," for violin and electronics....

Where genres had been gently mixed during the concert, in an encore medley they were mangled outright. Mr. Muhly waxed rhapsodic at the piano in Mariah Carey's "My All"; Mr. Bartlett offered a limpid rendition of Neil Young's "Only Love Can Break Your Heart"; and Mr. Amidon turned R. Kelly's "Relief" into a suitably crooked hootenanny singalong. [NY Times]

Barlett's new Doveman CD, The Conformist, which features Muhly and Sam Amidon prominently, will be out October 20th on the Brassland label. Also featured on the disc are the National's Matt Berninger, Aaron and Bryce Dessner and Bryan Devendorf, a string section, and additional guest spots by Martha Wainwright and Norah Jones.

Doveman will be playing fall-winter dates (not announced yet), and unless they are solo shows, those will probably come after the Sam Amidon/Nico Muhly European tour (also with Ben Frost and Valgeir Sigurðsson) that runs October 24th to November 12th. The Eurotrip is less than a week after Muhly appears at the New Yorker Festival to discuss "Radical Opera" with Rufus Wainwright in a talk moderated by Alex Ross.

Martha & Rufus Wainwright recently played with their father at Highline Ballroom, and will both appear in an upcoming show at Carnegie Hall. Rufus also has another benefit show coming up in NYC soon.

The National (members) can be found at BAM at the of October with a member of the Pixies who just announced a 4th NYC show to happen in November.

The new Doveman track that National frontman Matt Berninger sings on, is streaming at Pitchfork.

Doveman album art above. Tracklist and some interesting videos, below...