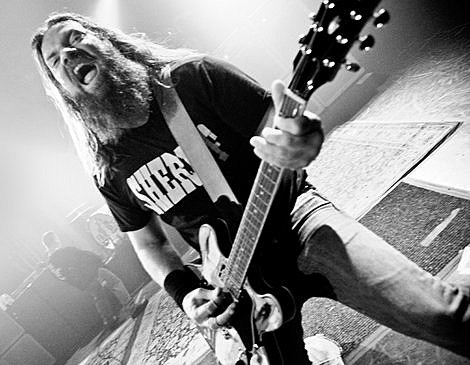 NOLA metal supercrew Down have announced a September tour that kicks off in Fort Worth, TX and visits the NYC-area for two shows: Best Buy Theater in NYC on September 28th and Starland Ballroom in Sayreville, NJ one day later. All dates are listed below.

After a triumphant pairing at Scion Rock Fest last month, it's not that much of a surprise that Down will team with another band that shared that stage in Tampa, Saint Vitus who are opening the NYC show along with with Housecore Records (Phil Anselmo of Down's label) signees Warbeast and Haarp. Tickets for that show go on AMEX presale July 11th (Wed) at 10AM and regular sale on Friday. Same deal for the NJ show (minus Saint Vitus).

Saint Vitus, who only seem to be opening the NYC show, released their latest LP Lille F-65 in May. All known tour dates are listed below...