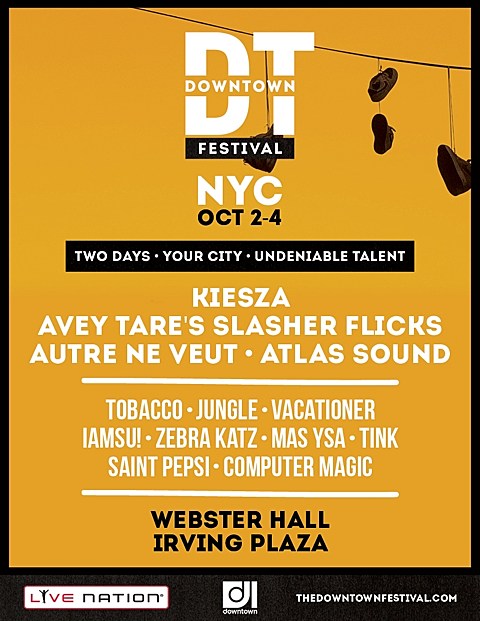 The Downtown Music Festival is back, and will stage events in five cities this year. The dates and locations are:

"This year's event, the festival's third iteration in New York City, takes place at all three rooms of Webster Hall with a special October 2 kickoff show headlined by Jungle at Irving Plaza." The Jungle show they're speaking of is actually the same one that was announced in June, and is part of a tour that also hits Warsaw in Brooklyn.

Tickets for all five cities, along with the Cleveland and Minneapolis lineups are at the festival's website.

Meanwhile, Kiesza was actually just in NYC last week for fashion week where she played at least one party. Did you get into that? How was it?

For those keeping score, that's three NYC music festivals in October, with CBGB and then CMJ to follow in short succession.