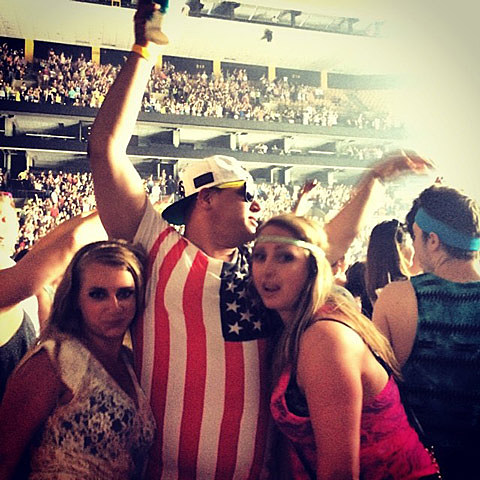 Boston EMS Deputy Superintendent Mike Bosse told the Boston Herald that 36 people were transported from the TD Garden arena to nearby hospitals by local and private ambulances, while another 50 were treated at the arena. None of those hospitalized appeared to be suffering from life-threatening symptoms, Bosse said, adding that the ages of those transported were between 16 and 25...

...Jacqueline Peterson, a spokeswoman for concert promoter Live Nation, said early reports indicate that a majority of those taken to the hospital "were people outside the venue who were too impaired to be allowed inside" for the concert. They were taken for medical evaluation and assistance as a precaution, she said in a statement early Thursday. - [Fox News]

That's the second Avicii-related bummer this week. There were two deaths related to this past weekend's Electric Daisy Carnival in Las Vegas which the Swedish EDM star also played. Las Vegas coroners are still investigating the causes.