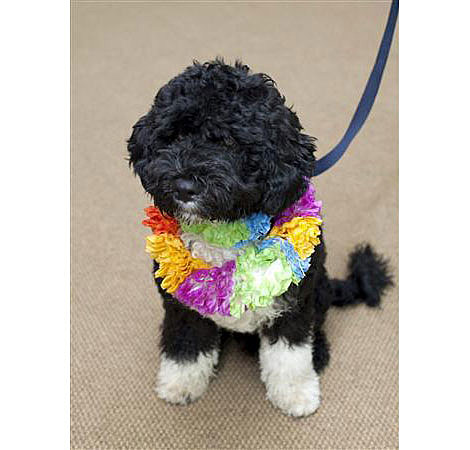 Animal rescuers voiced disappointment on Monday that President Barack Obama and his family chose a purebred dog from a breeder over rescuing an unwanted animal from a shelter.

Bo, the first family's new Portuguese Water Dog, is six-month-old puppy who was returned to his Texas breeder by a previous owner.

"I think all of us who work trying to place homeless animals had hoped that they would choose a shelter dog," said Steve Gruber, spokesman for the Mayor's Alliance for NYC's Animals in New York City.

"His choosing to go to a breeder is a disappointment. Choosing a shelter dog, that would have been a really powerful message to the American people," he said.

The Portuguese Water Dog was chosen in part because the breed is hypoallergenic and Malia Obama has allergies. [Reuters]

Not officially announced, but definitely officially leaked, Dr. Dog and Phosphorescent (and a 3rd band TBA) will be playing this year's big, free, "indie" show at the Prospect Park Bandshell on June 27th. David Byrne kicks off the Celebrate Brooklyn season at the same venue on June 8th. All tour dates below....