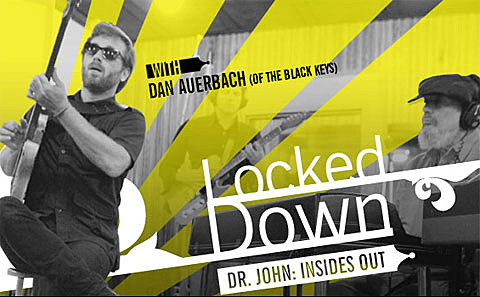 "For over 40 years, Dr. John has taken the exuberant and raucous sound of New Orleans under his wing, preserving its lore and channeling it through his own style of rhythm and blues. This spring, the good doctor comes to BAM with an extraordinary entourage of musical guests for an artistic residency, offering three distinct perspectives on his formidable career.

In "Locked Down," Dr. John is joined by The Black Keys guitarist and singer Dan Auerbach to premiere hard-hitting tracks from their widely anticipated [released] album (out April 3). Don't miss this one-time chance to hear Dr. John and Auerbach perform their critically-lauded project live." [BAM]

As previously mentioned (and HERE), "Locked Down", also the name of the album that you can stream now in full at Spotify, begins at the Brooklyn Academey of Music TONIGHT, April 5th, and runs through April 7th. Tickets are still available.

John and Dan stopped by Fallon to play a song off the album. If you missed it, watch below...

Dr. John plays a show with Iron & Wine in Chicago on June 10.