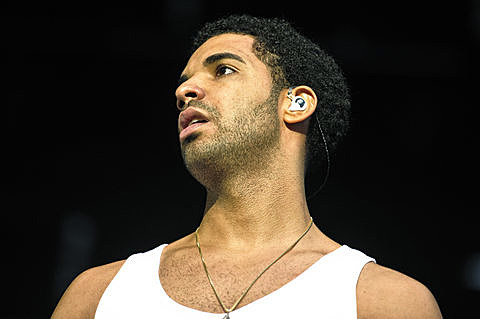 Drake has been talking for a few months about releasing a new album called Nothing Was the Same this year (though still no release date), and he's already revealed some pretty great singles, "Started from the Bottom" and "5AM in Toronto." Still no more word on that album, but he did just announce a tour with R&B crooner Miguel following Miguel's appearance at Jay-Z's Philly festival Made In America (which Drake played last year). The tour hits the NYC-area on October 26 at XL Center in Hartford, October 27 at Prudential Center in Newark and October 28 at Barclays Center in Brooklyn. Auto-tune dude Future is on the tour as well (after dropping off the Lil Wayne/T.I. tour). Tickets for the Prudential Center show go on sale Friday (6/21) at 10 AM and tickets for Barclays Center/XL Center (same link) have no on-sale date announced yet. All tour dates are listed below.

UPDATE: There were rumors that Drake is also playing this year's Made In America fest, though he's not listed on the festival's site and there's no confirmation that he will be there.

It's still been wayyy too long since Miguel played a proper headlining gig in NYC, and dropping off Governors Ball didn't help that matter, but even though he's only opening on this run, it's still a much better way to see him than opening for Alicia Keys.

Meanwhile, speaking of Jay-Z, following the leak of Kanye West's Yeezus, he announced a new album of his own via a commercial that aired during game give of the NBA finals. The album's called Magna Carta Holy Grail and we only have to wait a few weeks to get it (due July 4). The commercial makes it look like it's going to feature contributions from Pharrell, Timbaland, Swizz Beatz, and Yeezus producer Rick Rubin. And what's more: it's already gone Platinum. Samsung has already purchased 1 million copies of the album to release to Samsung Galaxy users for free 72 hours ahead of the release date. Now that's what I call marketing!

All Drake/Miguel/Future dates are listed, along with the videos for "Started From the Bottom" and "5AM in Toronto," and the Jay-Z album commercial, below...

Drake - "5AM in Toronto" Official Video