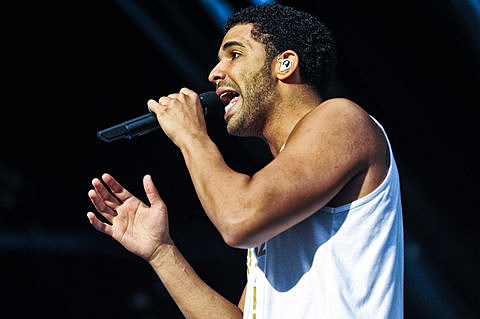 The most discussed rap verse of the year had to be Kendrick Lamar's verse on Big Sean's "Control," where he called out a ton of rappers that he was "tryna murder" including Drake, A$AP Rocky, J. Cole, Big K.R.I.T., Big Sean himself, and others. Since its release, tons of those rappers have responded with their own verses or in interviews, as have many rappers who Kendrick didn't address. Drake (fresh off being awarded Pitchfork's #1 song of the year) didn't seemed too bothered by it at first, saying Kendrick "is not murdering me, at all, in any platform," but maybe Kendrick's diss during the BET Cypher further irked him. Pitchfork points out that it sounds like Drake is taking shots back at Kendrick with his verse on Mike Will Made It's remix of Future's "Sh!t" that also features Juicy J. Those shots would be:

I hear you talk about your city like you run that/ And I brought my tour to your city/ You my son there, nigga," he raps. "If a nigga say my name, he the hot shit/ But if I say the nigga name he still the hot shit/ Fucked up/ Lucky I don't feed into the gossip.

Listen to the track below...