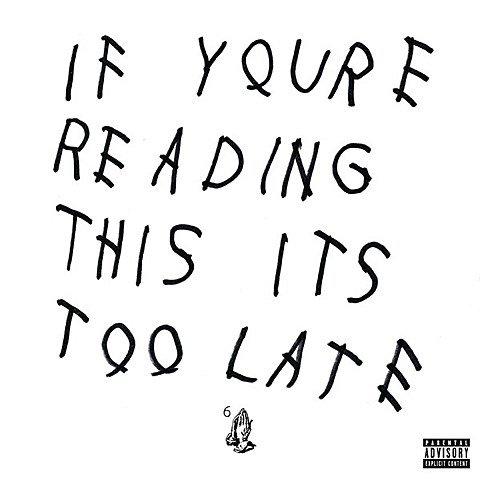 Drake said he'd be releasing an album this year called Views from the 6, and it's unclear if this in instead of or in addition to that, but he just dropped a new 17-song release called If You're Reading This It's Too Late. It's available on iTunes now and it's an official Cash Money release. It features his Lil Wayne collaboration "Used To" from Wayne's recent mixtape, and the previously released single "6 God." Travi$ Scott and Partynextdoor are on it too, and Partynextdoor, 40, Boi-1da and others produced.

A full album stream was up on OVO's Soundcloud, but then taken down. Now there's one via livemixtapes that you can stream below (for now at least), with the 14-minute short film "Jungle" that he put out earlier today.

Drake will also be in NYC for an NBA All-Star Weekend show with Nas at Irving Plaza on Friday.