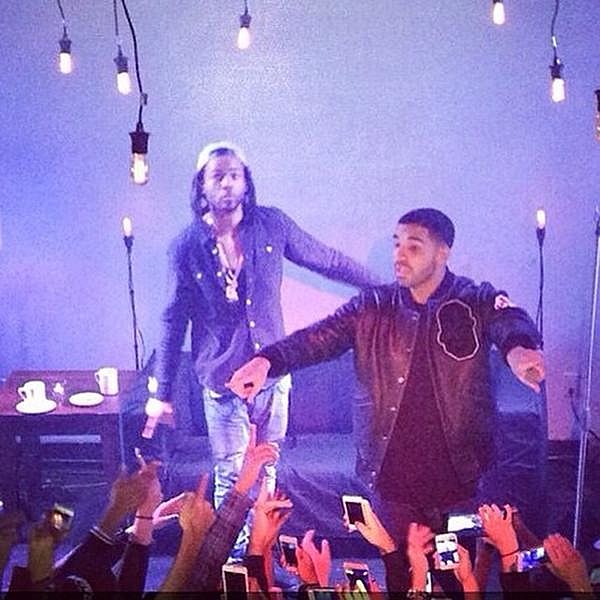 Though Drake didn't make an appearance with his friend iLoveMakonnen at SOB's on Tuesday (maybe he could have broke up the fight), he did show up last night at the same club to make a CMJ guest appearance with his other friend Partynextdoor. Video below.

Last night was also the late Joey Bada$$ and Vince Staples show at Highline Ballroomm, but more about that one later.

Mac DeMarco, who DJs again at Brooklyn Bowl on Saturday night, showed up to DJ the Captured Tracks day party at Baby's All Right yesterday, after a DJ set by PP's Meredith Graves.

The day parties at Baby's All Right TODAY (10/24) AND TOMORROW are our BrooklynVegan ones. Hope to see you there.

Fader Fort continues tonight. Watch a video of FADER spending the day with Vince Staples before his recent SOB's show, with the Drake video, below...

PartyNextDoor Performs With Drake At His First NYC Show At SOBs