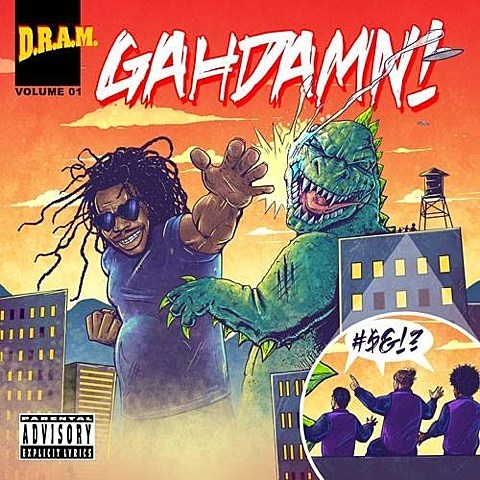 Virginia rapper D.R.A.M.'s song "Cha Cha" went viral after Beyonce instagrammed herself dancing to it, and then it got even more popular when Drake based "Hotline Bling" on it. But as summed up perfectly in the title of Pitchfork's new piece on him, "Going Beyond Viral," he's already got a promising career aside from that song. He appeared on Donnie Trumpet and The Social Experiment's much-loved Surf album, then toured with Social Experiment member Chance the Rapper, and eventually released his own nine-song EP GahDamn!, which features Donnie Trumpet. It also features TDE R&B singer SZA on the song "Caretaker," which just got the video treatment (dir. Nathan R. Smith). You can watch that and stream the whole EP below.

D.R.A.M. also just announced a short tour with support from Atlanta avant-R&B singer Abra, who released the very solid album Rose earlier this year on Awful Records (the label best known for in-house producer Father, with whom Abra has collaborated). That tour hits NYC on January 15 at Santos Party House. Tickets should be on sale soon.

D.R.A.M. will also play the first event in the new TIDAL Theater at Barclays Center on December 18 with deadmau5, Pusha T, Justine Skye, The Cold Seas and Slonk Donkerson. Tickets go on sale to the general public Tuesday (12/8) at 10 AM. They're on sale now for TIDAL members.

All dates are listed, with a stream of Rose and the D.R.A.M. streams, below...