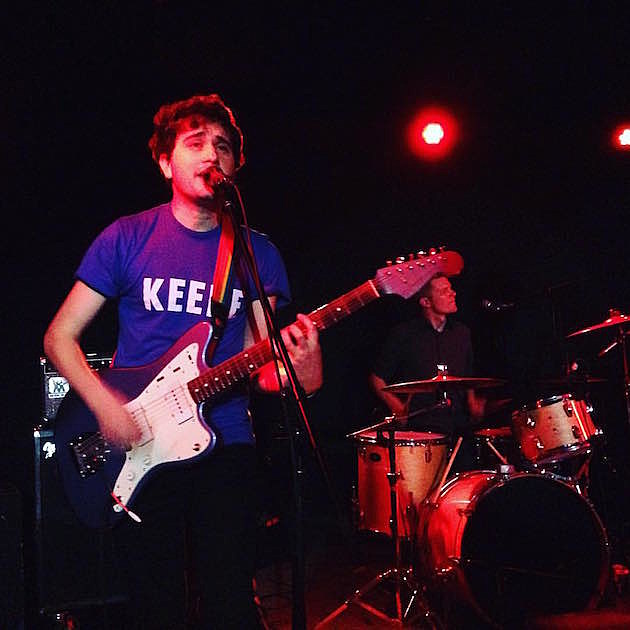 Drawing Boards are a new band featuring longtime members of the Brooklyn music scene. It was started as a project between Doug Marvin (Dirty on Purpose) and Aaron Pfannebecker (Sisters). Both reared on '90s indie, but the two bring different elements of that sound to the table: Doug's ear for melody and dreampop, and Aaron's jagged hooks and a smartass attitude. They have since enlisted former Darlings frontman Peter Rynsky on guitar and Jane Herships (TEEN, Spider) on bass. There are four demo-ish recordings to check out via their bandcamp, below.

The band have two live shows under their belt, one being last Friday with Grooms, Air Waves and Annie Hart. I caught that one and while still a little rough around the edges, Drawing Boards mostly seemed to have it together, and the songs are good. They have a couple more shows on the horizon: January 19 at Palisades with Nicholas Nicholas (of Phantom Posse), plus CVS at Night, and Street Rules (tickets), and then February 18 at Pianos as part of ex Secret Machines band Cosmicide's February residency with Heaven, The Vandelles, and Willows also playing (tickets). Flyer for the Palisades show is below. 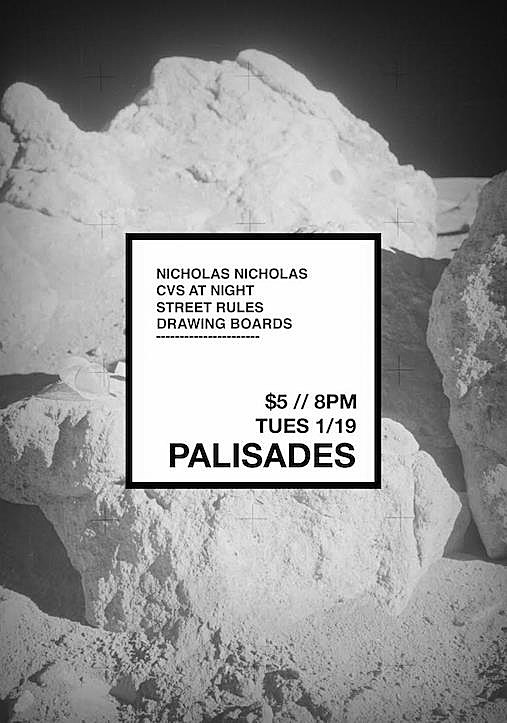