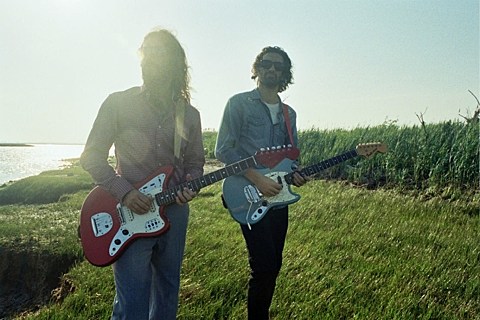 The Men's avant-leaning spinoff Dream Police released their debut LP Hypnotized earlier this month via Sacred Bones and have been on tour with ripping psych punks Honey (mems Psychic Ills, Amen Dunes, Stupid Party) in support of it. When we last spoke, there was no NYC date on that tour (though both bands have played NYC separately since), but it was later announced that the tour would be concluding at Brooklyn's Union Pool on Saturday (11/22). That show is triply good because it features local punks Ivy, whose great self-titled LP is out now on Katorga Works. Remnants are on the bill too, and tickets are on sale now. In December, Dream Police kick off a West Coast tour. All dates are listed below.

In related news, Dream Police's Sacred Bones labelmate Pharmakon plays her album release show the same night in Brooklyn at Palisades, and ex-The Men project Ligature was recently added as an opener. Also on the bill is Baltimore's S. English (1/2 of Corporate Park) and Negation. Tickets are still available. Ligature also has upcoming dates with Puce Mary, including her Saint Vitus show with Marshstepper.

List of Dream Police dates, with streams from DP, Honey and Ivy, below... 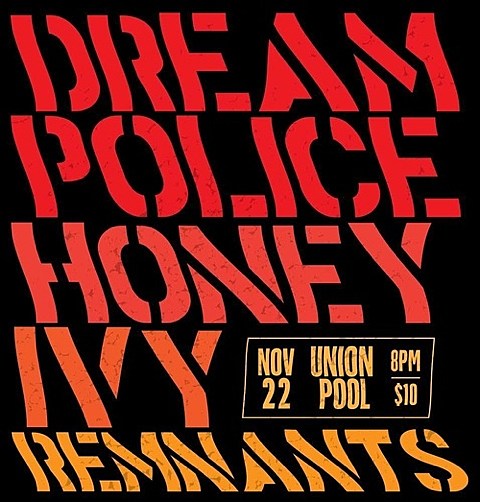