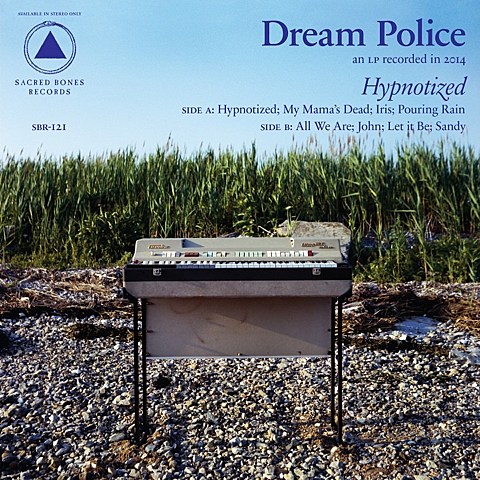 Last week we mentioned in passing that Dream Police, another project of The Men's Mark Perro and Nick Chiericozzi, will be playing a David Lynch Foundation benefit in NYC with Earth and Cult of Youth, and now the duo have announced their debut album. The album's called Hypnotized and it will be out on November 11 via Sacred Bones (also home to The Men). That's the artwork above. From the sound of the minute-and-a-half-ish teaser video, Dream Police is taking Mark and Nick in a different direction than The Men's recent experiments with country rock, in favor of something more psychedelic. Check it out, with the LP tracklist, below.

In other The Men-related news, former member Ben Greenberg has upcoming shows with his projects Music Blues and Uniform. 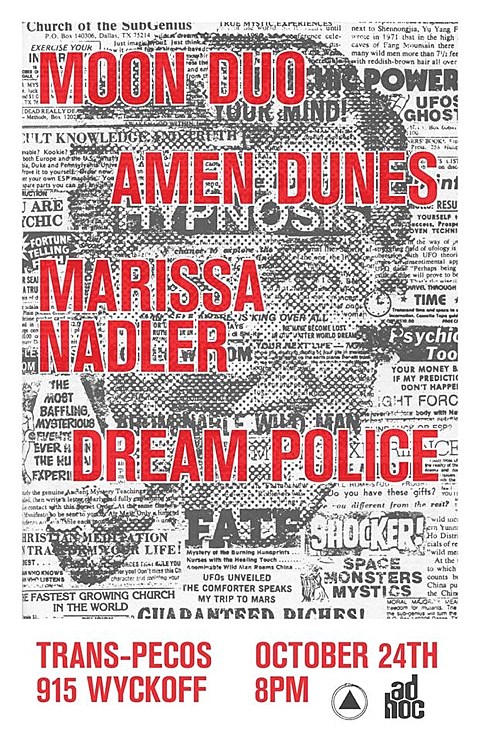