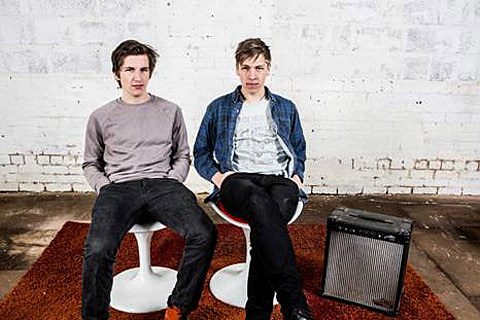 Grungy UK rock duo Drenge were to have released their debut album in the US back in January but, for whatever reason, that never happened. The record, which came out last year across the pond, will now get a proper release on July 22 via Infectious (who put out the record in their homeland). Check out a few videos from it below.

Drenge, who are brothers Eoin and Rory Loveless, will be touring North America right after the album's release, including two stops in NYC: Mercury Lounge on July 25 and Rough Trade on July 26. Tickets for both NYC shows are on sale now.