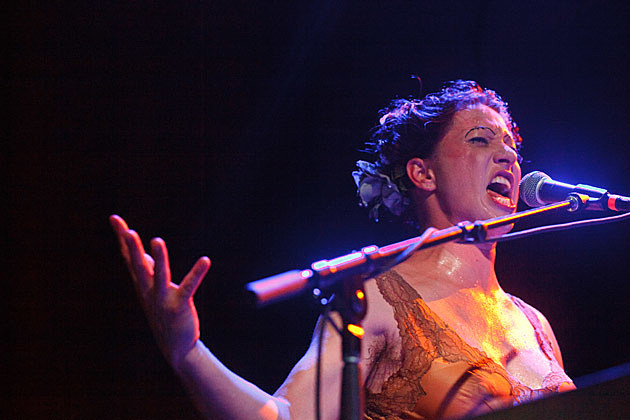 Amanda Palmer and Brian Viglione's punk cabaret duo Dresden Dolls played their first show in five years at Rough Trade NYC on Record Store Day last year, and now they're back for more. That was a small in-store, but the two 2016 dates they just announced will be much bigger (and probably longer).

They play Boston on August 26 at Blue Hills Pavillion and New York on August 27 at the Amphitheater at Coney Island Boardwalk (which opens in June). Tickets for both shows go on sale Friday, April 15 at 10 AM with a fan club presale starting Friday, April 8 at 10 AM. There's also BrooklynVegan, Live Nation and Barclays presales starting Wednesday (4/13) at 10 AM (password = BSE for Barclays).

Watch the video for "Girl Anachronism" off their 2003 self-titled debut album: