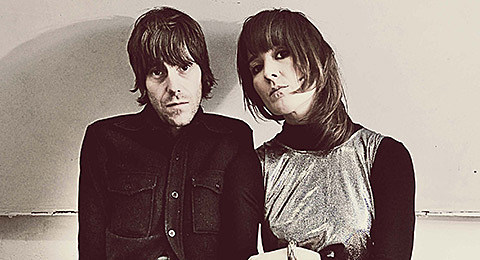 Drinks, the duo Cate Le Bon and White Fence's Tim Presley, will release their debut album, Hermits On Holiday, on August 21. Where the LP's title track is fueled by Le Bon, new single "Laying Down Rock" has Presley at center stage, though musically there is still the tense, skeletal guitar-style which is the sonic glue for this album. You can stream it below.

As mentioned, Drinks' fall tour kicks off in NYC at Baby's All Right on October 10 (tickets) and while they haven't been officially announced for CMJ (10/13-10/17), those dates are currently free on their schedule. All announced dates are listed below.