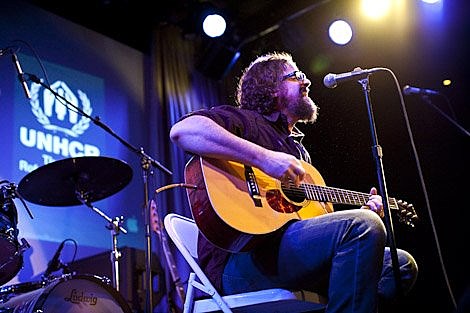 So the plans have been made, you decided you'll be seeing Drive By Truckers at Terminal 5 when the clock strikes 1/1/11 (New Year's Eve) (and you bought your tickets in JUNE). Feel like doubling your dosage of southern-fried rock?

"We are also thrilled to announce a special DEC 30, 2010 show at Brooklyn Bowl in Brooklyn NY! Tickets go on sale Wed Nov 17 and are ONLY available to Terminal 5 NYE ticket holders. BUY YOUR Terminal 5 NYE tickets NOW for an opportunity to have access to Brooklyn Bowl tickets. Tickets will go on sale to the public on Wednesday December 1 but due to the small capacity at this intimate venue tickets are expected to go fast and may be sold out by December 1st.

Drive By Truckers recently announced a gang of new tour dates for the new year in addition to some new releases! A limited-to-2500 10" of two songs: "The Thanksgiving Filter" and "Used To Be A Cop" will be released on Black Friday (11/26) at your neighborhood independent record store. It's another Record Store Day / "Back to Black Friday" exclusive. Both songs will also appear on a new LP, Go-Go Boots, due via ATO Records on February 15, 2011. And their documentary, The Secret to a Happy Ending, will be released on DVD in conjunction with the album.

All tour dates and a live video for "Used To Be a Cop" from the forthcoming Go-Go Boots, and the new album's tracklist, below...