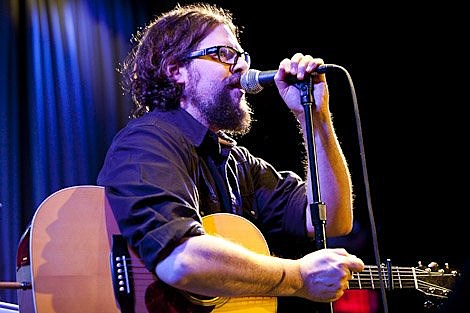 Drive-By Truckers, now on ATO Records, will be releasing a new album, The Big To-Do, their tenth, on March 16th. In support of that, the band has a slew of tour dates around North America from now till May. The first leg goes through the South to SXSW. After that, they continue on for shows that include a date at Webster Hall on Thursday, April 1st. Langhorne Slim opens Webster Hall and others on the tour. Tickets to the NYC show go on sale Friday, Friday 5th at noon.

The Secret to a Happy Ending is a documentary on the band that has screenings coming up (including one at Noise Pop in San Fran this February). Two dates are below and more are expected. Patterson also contributed songs to the film That Evening Sun, starring Hal Holbrook, which is out in limited release now. If you sign up for Patterson's mailing list, below, you can get the song "Depression Era" from its soundtrack.

Langhorne Slim recently stopped by NPR's Mountain Stage for a live set. His most recent album, Be Set Free, came out last October on Kemado Records. The new animated video for its title track" is below.

All tour dates, videos and more are below...