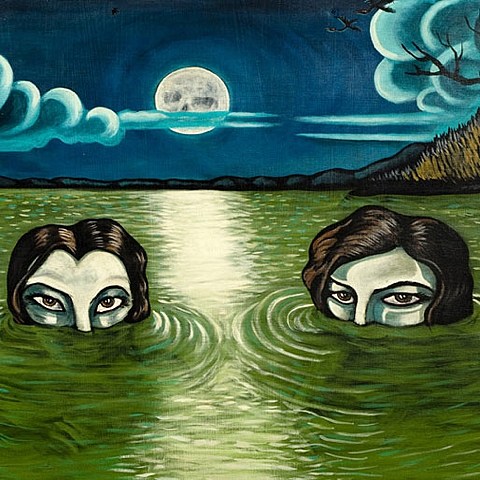 Long-running alt-country band Drive-By Truckers are gearing up to release their tenth studio album, English Oceans, on March 4 via ATO Records, and they've just released its first single, the twangy mid-tempo burner, "Pauline Hawkins." You can stream that track (via Rolling Stone) below. That's the album artwork above, and the tracklist is below as well.

Drive-By Truckers also have a bunch of dates planned for this year, including a run with the likeminded Blitzen Trapper that hits NYC on March 20 at Terminal 5. Tickets for that show go on sale Friday (1/10) at noon with an AmEx presale starting today (1/8) at noon. All dates are listed below.

Former Drive-By Trucker Jason Isbell is also about to kick off a tour.

All dates are listed, along with the song stream and tracklist, below...