Drive-By Truckers head out on tour this summer, starting with a six show run over two consecutive weekends at Brooklyn Bowl, on June 20-22 and June 27-29. Tickets to all six Brooklyn shows are on sale, and we're giving away a pair to each night - AND a package with a pair of tickets to all six nights, and a poster signed by the band! That's seven winners total. Enter for your chance to win below.

Openers have also been revealed for the "Summertime 6-Pack," and they're special ones. Weekend one has Craig Finn and The Uptown Controllers on 6/20 and 6/21, a fitting choice for many reasons, but first and foremost because Craig's new solo album is a great one. It's also cool that the singer of The Hold Steady -- who do their own Brooklyn Bowl residency thing -- is representing to help the Truckers kick off theirs.

For the rest of the nights, the openers are even closer family with fellow Georgia artists well represented. Dead Confederate frontman and Diamond Rugs member T. Hardy Morris -- who put out a solo record in 2018 -- is on 6/22. For weekend two, it's Athens rapper and politician Linqua Franqa on 6/27, New Madrid and David Barbe and Inward Dream Ebb on 6/28, and Mike Cooley and Patterson Hood's pre-Drive-By Truckers band Adam's House Cat on 6/29! That last one should be extra special, and will be the first time Adam's House Cat is playing NYC since releasing their sole lost album last year via ATO Records. For night five, noted DBT (and Adam's House Cat) producer and Sugar member David Barbe first plays with New Madrid members as Inward Dream Ebb, and then New Madrid play their own set before the Truckers take the stage. Look for Barbe again on night six as an AHC member. Head to Archive.org to listen to AHC's debut Athens show which took place in February of this year.

Get your tickets, and enter to win some below....

Seven winners will be contacted with more details. Good luck! 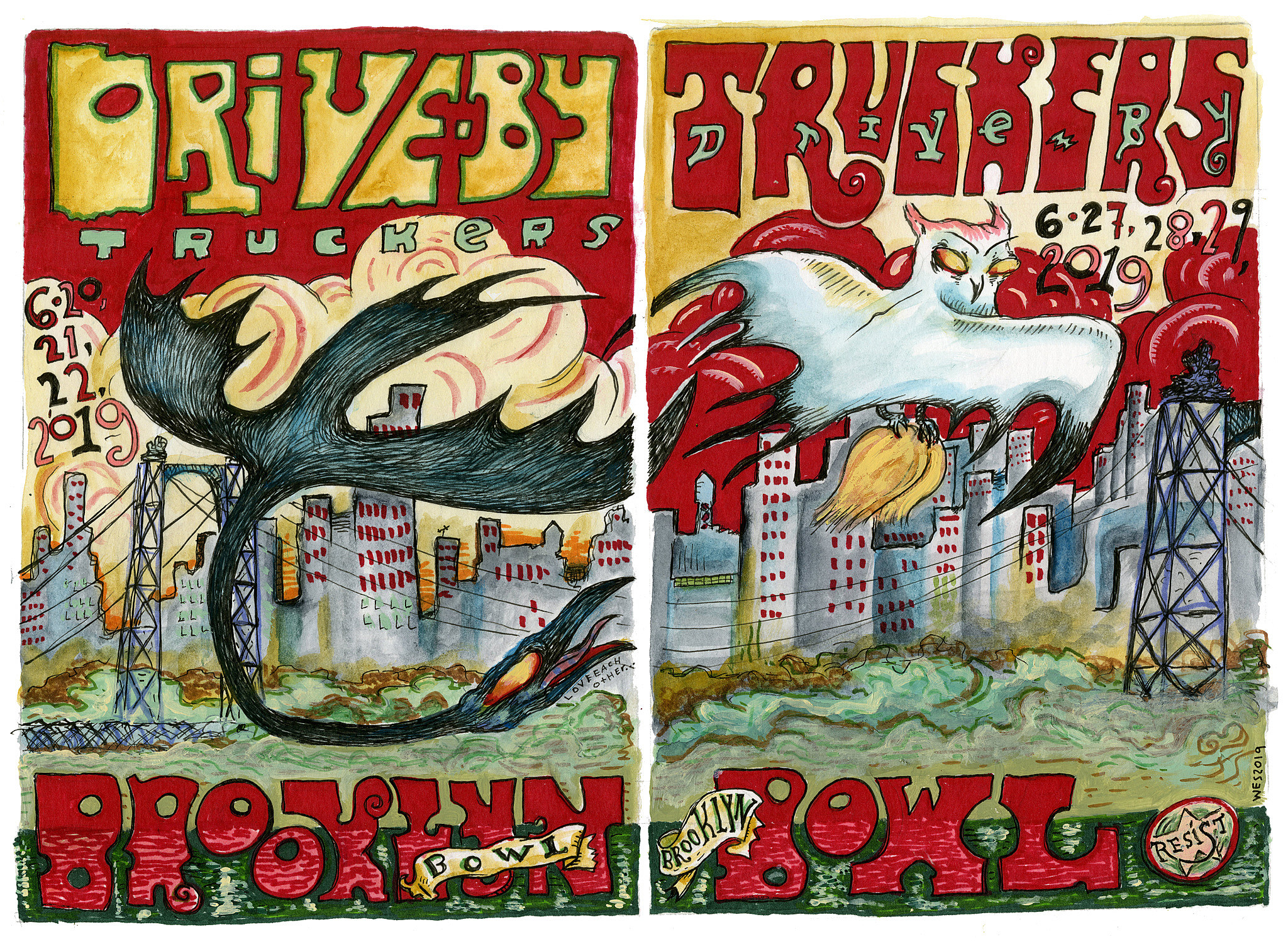