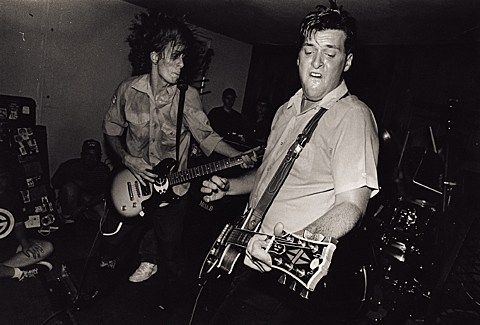 The great Drive Like Jehu recently announced a reunion show, and now guitarist John Reis has discussed what exactly this reunion will be in a Kreative Kontrol podcast. Here's an excerpt, via Pitchfork:

The show isn't so much a show as it is a chance to collaborate with the Spreckels Pipe Organ located in Balboa Park, San Diego. The pipe organ is a massive, outdoor instrument. I've been going to the organ concerts in the park there for years.

A friend of mine....got on the board of directors for the Spreckels Organ, and pretty much immediately the conversation turned to, 'Dude, how are you gonna hook us up and get us in there to play? Can you arrange that?' So, since February there's been a dialogue about trying to get this to happen and over the last month or so, things have slowly been edging towards where this is going to be reality.

I reached out to the other guys in the band and everyone was really intrigued and excited to not only play again but to see what this was about. I'm super stoked that everybody in the band has embraced it and I can't wait to do it.

...We're just doing this one show. There's nothing else going on. The idea to play came about because of playing with the organ, because of this opportunity. There's definitely no plans to do anything else after this. And there's no plans to do anything before it, Y'know people are like, 'Oh cool, are you gonna do a warm-up?' or this or that. No, we're really stoked to do this thing. As for the future, I don't know. I mean, I didn't think we'd necessarily be playing again at all. I'm not going to say it's out of the question but there's nothing planned.

The podcast also points out that the show will only be a half hour long with about five songs.