Dropdead at Europa, May 2012 (more by Greg Cristman) 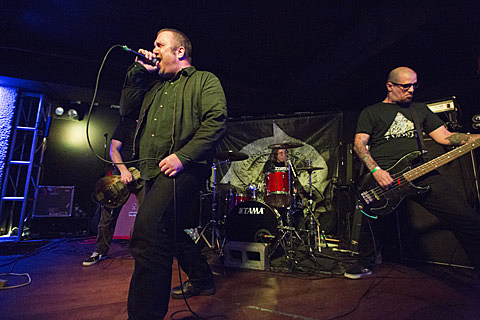 We already knew that Rhode Island political hardcore crew Dropdead would be headed southbound for Damaged City Fest, but now comes word that the single date has sprouted into a weekend. Philly and NYC are also in the band's plans, and look for Dropdead to play Acheron on April 14 with No Sir I Won't and Trenchgrinder. Tickets are on sale.

All Dropdead dates, and some live video is below.