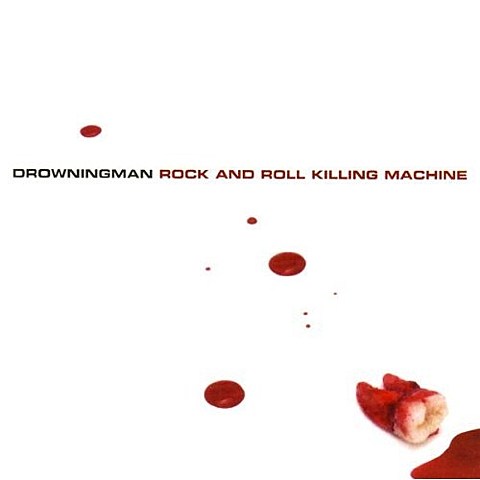 Vermont metalcore band and masters of the punchline song title Drowningman have reformed and will play three East Coast dates in August. Says singer Simon Byron Brody, "If all goes well we may play a select few shows in the near future, hopefully festivals and bigger shows that make sense, since we don't all live in the same part of the country." The rock and roll killing machine will play their hometown of Burlington, Vermont and a set at Boston's Middle East. On August 9 they'll hit NYC's Saint Vitus. Ticket information and supporting acts for that one will be announced soon.

Starting in the mid-'90s, Drowningman fused their varied influences into a hardcore attack that was both dissonant, metallic, and emotive. The group was an early roster addition of Hyrda Head Records and released a split with the Dillinger Escape Plan. While the band had a knack for songs dipped in sarcasm, they were by no means cold and clinical, building a fanbase through passionate and chaotic performances. Over the course of their career, they released three full-lengths, splitting after 2005's Don't Push Us When We're Hot.

All of the dates along with selections from Drowningman's discography appear below...

Filed Under: Drowningman
Categories: Heavy Metal News, Music News, tour dates
Comments
Leave A Comment
Our favorite songs of the week (playlist)
Listen to Drowningman’s “It Will End In Cops” off first single in 16 years
With Honor and Drowningman team for first NYC show in years
‘In Defense of the Genre’ January roundup (best songs of the month included)
80 albums that we’re anticipating in 2022
Drowningman release first new song in 16 years, new album coming