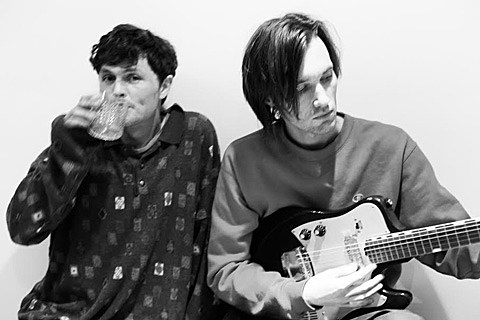 Onetime Ambulance LTD frontman Marcus Congleton and former Pretty Girls Make Graves guitarists Nathan Thelen formed Drug Cabin a few years back. What began as more of a Thelen solo project soon became a much more collaborative project and, after a slow start, the band will release two albums this year. The first of those is Yard Work which comes out on February 24 via 401K Music. Drug Cabin doesn't really sound like either Ambulance or PGMG: it's laid back, a little dusty and, on "Jesus," which makes its premiere in this post, a little funky.

The cassette of Yard Work comes with a second album's worth of songs. (It's out on vinyl and digital as well.) Drug Cabin's actual second album, will be out later this year, details are still to be announced. Meanwhile, stream "Jesus," below...