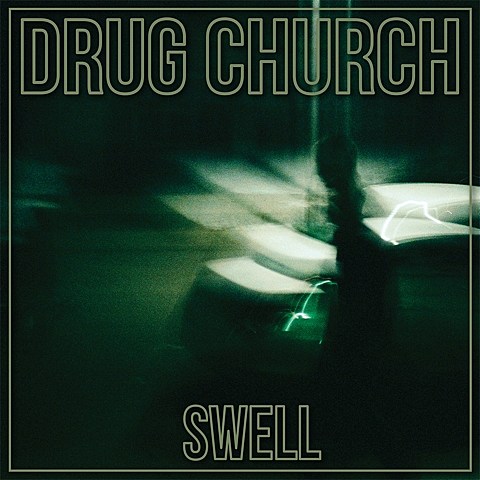 We've talked before about how Patrick Kindlon may be the most prolific musician in modern post-hardcore, whether it's with his band Self Defense Family or Drug Church. The latter is releasing a new EP, Swell, on No Sleep this week (pre-order), and we've got a full stream of it premiering in this post. It was produced by Jawbox frontman J. Robbins, whose knack for unpolished but clear and powerful sounds fits this band perfectly. "Mall SWAT" is the kind of '90s-style post-hardcore that J himself helped pioneer, and "Work-Shy" is the closest the EP gets to traditional hardcore, but the rest of Swell has Patrick's throaty shouts over music more similar to '90s alternative and indie rock. The different sounds all come together really well. Check it out for yourself, below.

Meanwhile, Self Defense Family have a split 7" series on the way (including upcoming releases with Touche Amore and Creative Adult), and a tour with Creative Adult and Makthaverskan.

Filed Under: Andrew Sacher, Drug Church, Self Defense Family
Categories: Music News
Comments
Leave A Comment
Back To Top
RELIVE IT: The 2019 Coney Island Mermaid Parade in pics
Here are the 2021 Golden Globes Winners
Ian North of Milk N’ Cookies has died
Watch the trailer for ‘Poly Styrene: I Am A Cliché’
Marc Maron knows who Kevin Morby is now — watch their interview
This Week’s Livestreams (Liz Phair, The Hold Steady, Tigers Jaw, Acid Mothe…
20 New Rap and R&B Songs Out This Week