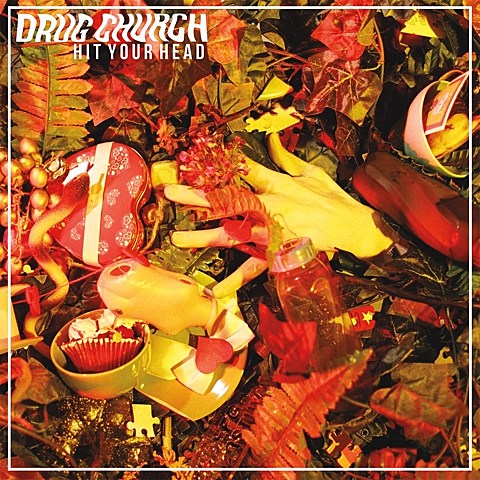 Drug Church, one of the many projects of the prolific Self Defense Family frontman Patrick Kindlon, are streaming their new album Hit Your Head, which is a follow-up to their Swell EP from earlier this year. It's officially out October 30 via No Sleep. It's a caustic, funny, very catchy record that, like Swell, has a strong vein of '90s alt-rock running through its post-hardcore attack. You can stream it below (via Substream).

Drug Church will be hitting the road with hardcore band Cruel Hand and noisy punks Culture Abuse in January. That tour will kick off with a show in NYC at The Studio at Webster Hall on January 7. Tickets for that show go on sale Friday (10/30) at 10 AM.

Earlier this this year, Culture Abuse released the Spray Paint The Dog single on 6131. Cruel Hand's latest album is last year's The Negatives. You can listen to those, with the Drug Church stream and list of tour dates, below...