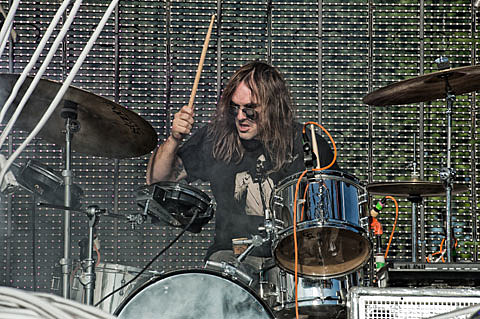 The Flaming Lips, who recently pulled an elaborate April Fool's prank and have a Sgt. Pepper's cover album coming out with Tame Impala, Miley and others, have now lost a member. Drummer Kliph Scurlock, who joined the band as a live member in 2002 and went on to record with them on studio albums Embryonic and The Terror, has left the band, a representative told Pitchfork. As The Future Heart pointed out, rumors started flying about his departure after he was not with the band at their BUKU Fest performance.

The Flaming Lips have more festival appearances confirmed for this year, including Bonnaroo and the inaugural upstate NY festival The Hudson Project.

Watch The Flaming Lips playing "Do You Realize??" at Glastonbury 2010 with Kliph Scurlock below...