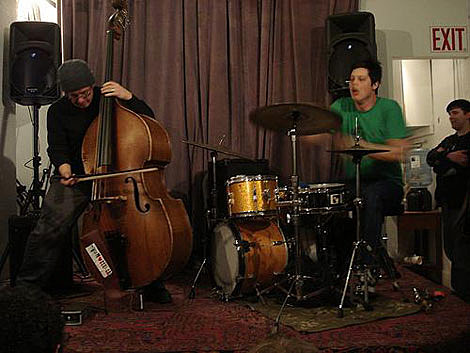 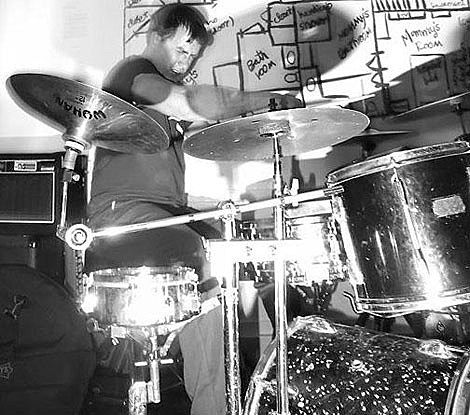 We mentioned Rose Live Music's drummer-led series, which continues through March, but we'd be remiss not to mention two other stunning drummers who will be working like crazy this March. Ches Smith and Weasel Walter both have a mad amount of shows planned throughout the month, playing almost nightly with a number of different bands and collaborators (some of which even overlap).

Both compose and improvise; Weasel Walter (who recently moved to New York) walks the metal/free jazz divide, having headed Flying Luttenbachers, and Ches's credits include current work with eclectic combos Marc Ribot's Ceramic Dog and Secret Chiefs 3 (both with multi-instrumentalist Shahzad Ismaily) and past work with Xiu Xiu.

Ches plays tonight Wednesday, March 17th at the Stone with Good for Cows, a duo with bassist Devin Hoff that just released a new record, Audumla, in January. And Thursday he plays with Mary Halvorson Quintet at Roulette. Those are just of a few of the shows in NYC before Ches leaves in late April for a European tour with Secret Chiefs 3. His solo project Congs for Brums opens on the trip..

On March, 19 at the Stone, Weasel Walter plays drums with Quok, a trio with Ava Mendoza on guitar and Devin Hoff (of Good for Cows) on bass. The second set that night is Fig - Nels Cline (guitar) & Yuka Honda (keyboards). Hoff plays with Nels Cline Singers, whose two-disc set of guitar & electronic led tunes, Initiate, comes out April 13th on Cryptogramophone. The Singers will be at LPR for two sets on July 6th. Tickets are on sale.

Full dates for both drummers and videos of some of their projects are below...