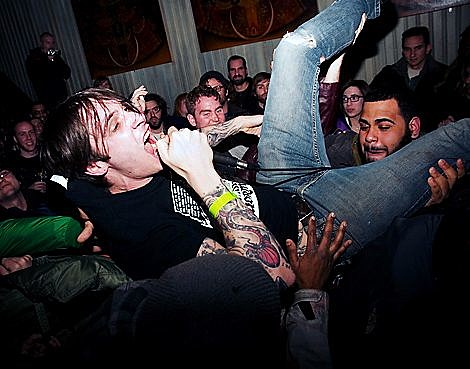 Besides the previously mentioned show at Cake Shop with Todd on 3/14, Drunkdriver have added a pair of upcoming gigs. First up, the band will play a record release show at Market Hotel on 3/27 with Vile Gash, Aerosols, Neon Blud and Scapegoat. Monster Island Basement will house the second show on 4/4 with Lamps and Pop. 1280. In addition, these nutjobs have clarified their plans for SXSW by announcing their participation in the WFMU/Aquarius Records showcase on March 19th and the Load/Siltbreeze/Parts Unknown showcase on March 20th. Full Drunkdriver dates are below.