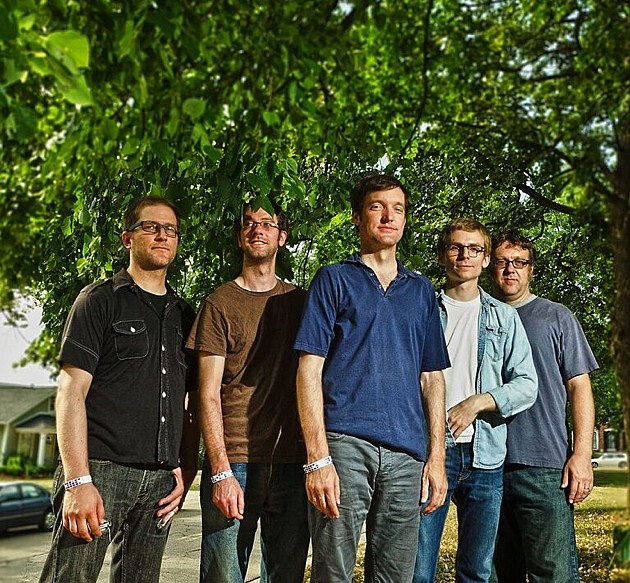 Drunken Barn Dance is the band led by Scott Sellwood of Saturday Looks Good To Me, and they're set to release a new EP called Big Bend on February 12 via Quite Scientific Records (pre-order). We've got the premiere of its lead single "Churches."

"I want to start a band that sounds like R.E.M.," Scott sings on the song, but going by "Churches" you'd think he wanted to start one that sounds like Neutral Milk Hotel. Specifically "Holland, 1945," which immediately comes to mind here. And if you can picture that song sung by John Darnielle instead of Jeff Mangum, you might get an idea of what "Churches" sounds like. You can check it out below, along with a quote from Scott.

The band also have a few upcoming shows, including NYC's Leftfield on Thursday (1/21) with Sublunar Minds. Check out Leftfield's calendar for more info.

I've bounced around and played music in LA, SF, and NYC, but I've felt most attached to the unbelievable talent and community (and party) of the Ann Arbor scene. It's somewhat isolated and free-standing, but I don't think a spotlight on it would change how anyone operates. These are the dedicated voices that inspired me to find my own, who will forever make me fist pump, weep and understand life more accurately. This one's for Chris Bathgate, Matt Jones, (Alfred) "Fred" Thomas, Tim and Jamie Monger (Great Lake Myths Society), Matt, Zach and Davey Jones (Frontier Ruckus), and Jim Roll.