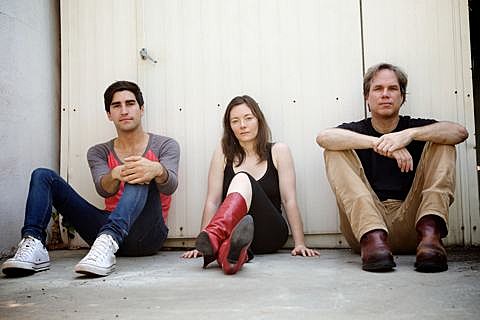 We mentioned this in our What's Going On Tuesday post, but LA band DTCV are currently in NYC as part of their current tour. They just played Grand Victory (9/17) and they'll play Bowery Electric on Friday (9/20) with No Sky God and Fasano. Tickets for the Bowery Electric show are on sale now. All tour dates are listed below.

DTCV (pronounced "detective") formed last year and features James Greer who some of you may recall was a member of Guided by Voices in the mid-'90s and was in the band for both Alien Lanes and Under the Bushes Under the Stars. Others may remember Greer's byline from early-'90s SPIN (he was, in my opinion, one of their best writers), and lately he's dipped his toes in screenwriting (having penned 2006 Lindsay Lohan romcom Just My Luck among other things).

Anyway, back to the music, DTCV (Guylaine Vivarat does most of the singing and the trio's rounded out by Chris Dunn) make the kind of post-VU guitar pop that never really goes out of style. Luna is probably the most apt comparison. (Blake Babies and Madder Rose come to mind too.) They do it very well. Last year they released However Strange on Burger and opened for old pals GBV a few times. Currently they are prepping a double album, Hilarious Heaven, which sports cover art by Robert Pollard and should be out (digitally) any minute. You can stream a few songs below and listen to the whole of However Strange via Spotify.

All DTCV tour dates are listed, along with the album art and track streams, below. 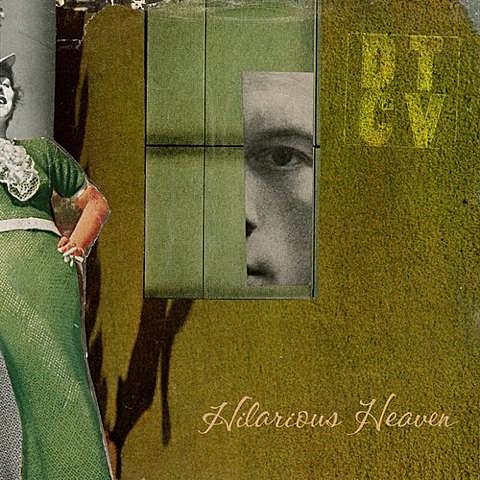