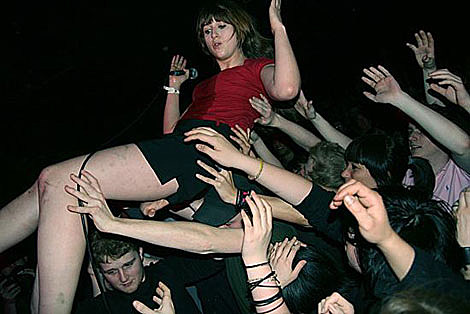 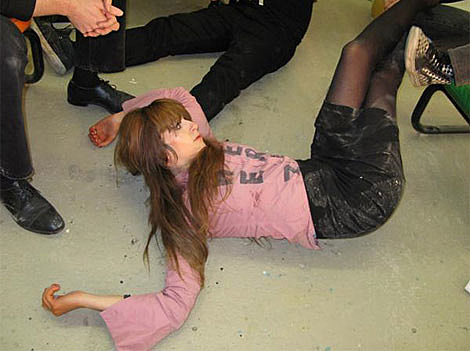 We already mentioned that Montreal's Think About Life will be in town this week playing Tuesday night's BrooklynVegan showcase at Music Hall of Williamsburg and the M for Montreal night at Arlene's Grocery on Wednesday (10/21). Also playing the M4M show are electro-punks Duchess Says, whose only other show this week will be the BrooklynVegan day party on Thursday (10/22) at Pianos. Full line-up for that show will be announced soon.

Duchess Says were probably the wildest band I saw at last year's M for Montreal festival, due almost entirely to spitfire singer Annie-Claude. She is a woman possessed onstage, wild-eyed and not afraid to leap into the crowd... or drag the crowd onstage. They are loved in their hometown -- the show I saw, the crowd was going completely mental -- but they haven't toured that much in America so it's a real treat to have them here this week, and to have them at our day party.

If you want to get a good cross-section of the Montreal scene, and aren't scared of seeing some bands who sing in French, you should definitely hit up Arlene's Grocery Wednesday night which has an excellent line-up. In addition to Think About Life and Duchess Says, the M for Montreal showcase features: "trip rock" duo BEAST, whose singer Betty Bonifassi provided the vocals for Triplets of Belleville. As I wrote after seeing them, she's got one of Those Voices (Shirley Bassey comes to mind) - smoky, world-wear, yet powerful, enough to cause the hair on the back of your neck to stand at attention. BEAST are playing four shows during CMJ, and all dates are below.

Also playing: Up-and-comers Parlovr play shouty, anthemic indie rock not entirely unlike Wolf Parade and they apparently wowed audiences at this year's Pop Montreal; Malajube who did very well for themselves when they played CMJ in 2006; MTL scene veterans We Are Wolves; and the electropop sounds of Silly Kissers. 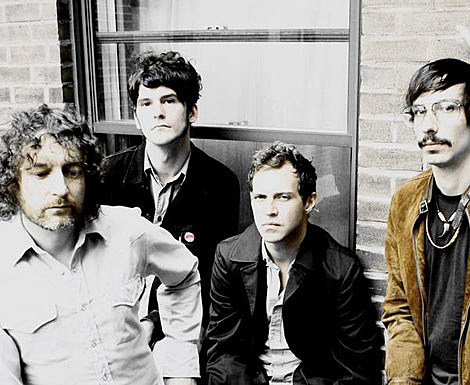 Not playing that night but also from Montreal and also playing CMJ are The High Dials whose most recent album, Moon Country, made my Best Albums of 2008 list. If you're unfamiliar, they make country-tinged '60s-ish psych-rock, with great harmonies and occasional doses of druggy drone. The High Dials are playing two NYC shows this week, both on Saturday (10/24). First at Lit (10:15) and then at Arlene's Grocery (12:30). They are fantastic live, you should definitely clear some space for these guys. They're also playing a few East Coast coast while down in America, too, and those dates are below.

Tour dates, flyers and videos after the jump... 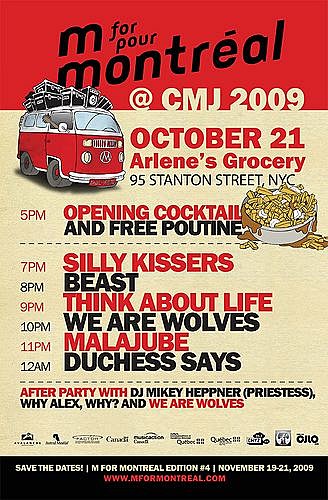 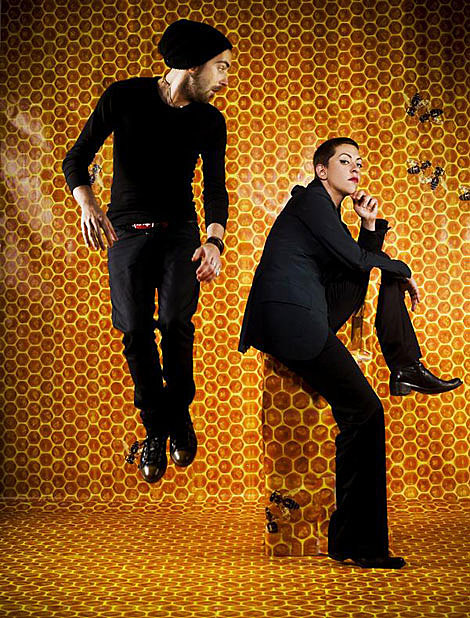 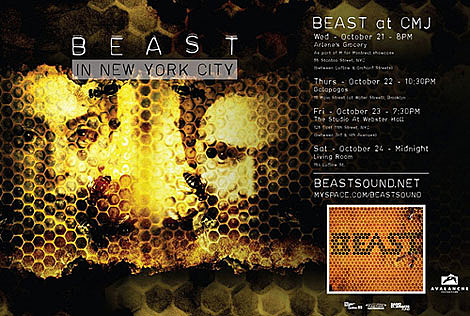 We Are Wolves - "Holding Hands"

The High Dials - The Holy Gound on MUZU.