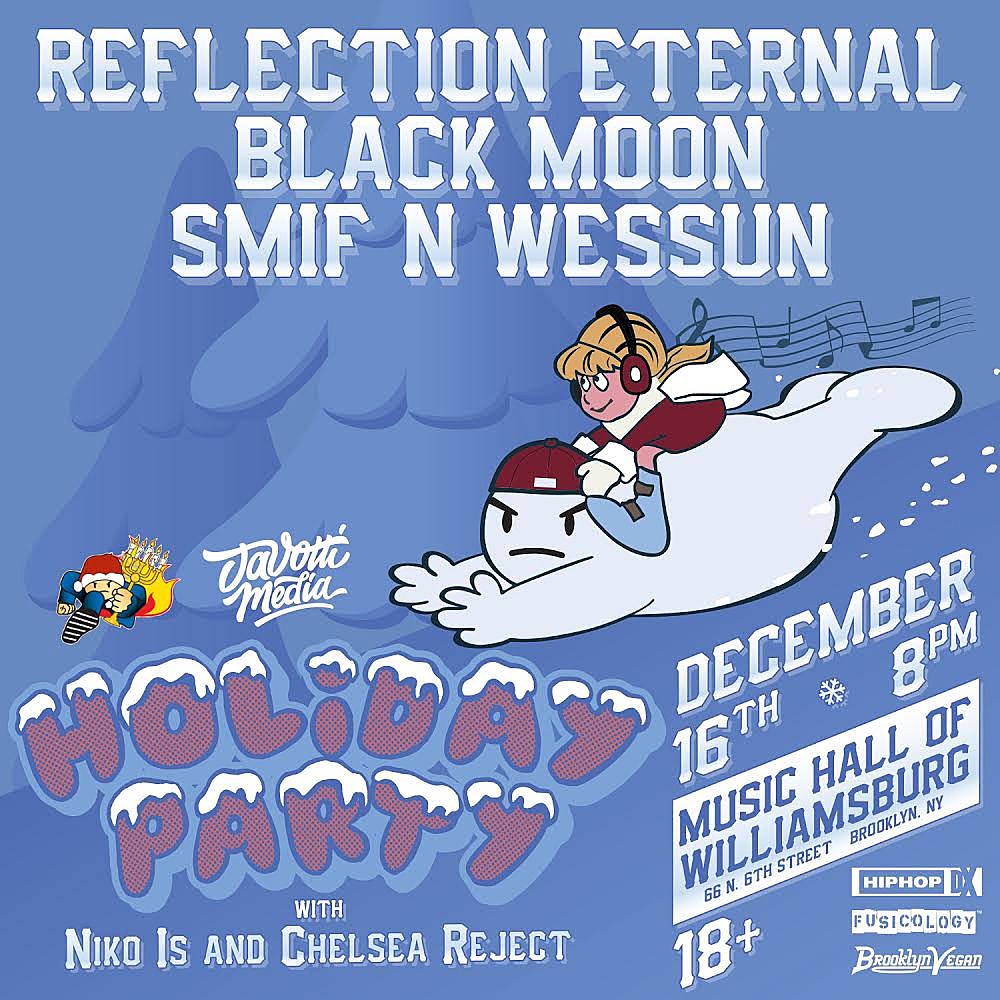 NYC hip hop label Duck Down Music is throwing its annual holiday party this year on December 16 at Music Hall of Williamsburg, which BrooklynVegan is proudly a co-sponsor of. This year's lineup is headlined by Talib Kweli and Hi-Tek's duo Reflection Eternal (who haven't played since 2010), and also features two label veterans, Black Moon and Smif N Wessun. The lineup is rounded out by two newer comers Chelsea Reject and Niko Is. TIckets go on sale Friday (11/7) at noon.

You can also get VIP tickets which include: