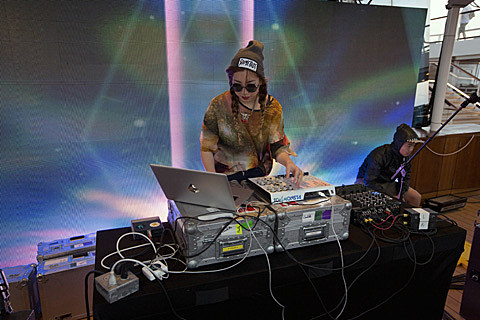 THUMP is VICE's new electronic site and they're celebrating the launch of Up Next, "the destination for what's next in dance music," with a free show in NYC on Hudson River Park's Pier 84 on June 20. (That's the old River Rocks spot.) The show is being headlined by Zedd, but it'd be worth stopping by for the openers, Duke Dumont and TOKiMONSTA. The show also will have "interactive fireworks inspired by the artists' music" and a custom LED structure for the artists to perform in. Plus, there's an open bar (so the show is 21+).

Doors open at 7 PM and the show runs from 8-11. More details at THUMP. You can RSVP for the show via our new NYC show calendar. If you can't make it, it will stream online. Show flyer below. 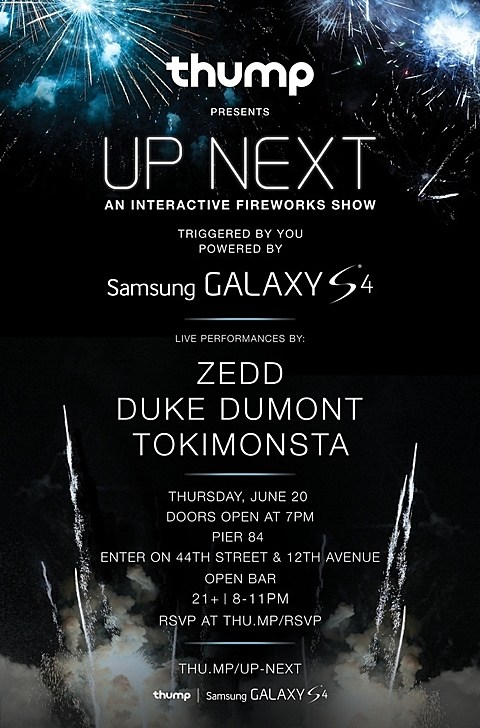