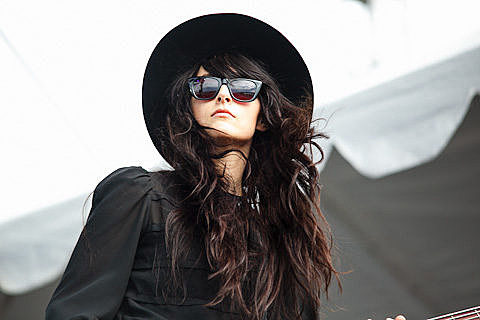 House of Vans, who already hosted their first House Party of the summer on June 20 with The Rapture and Tanlines, and has their next one scheduled for July 12 with H2O, 7 Seconds, and more, will also throw a "Classic Summer Party" on July 21. Dum Dum Girls and Widowspeak will play the Brooklyn space that day with a DJ set from Finger on the Pulse and live video installation from Radical Friend and Discipline. RSVP for that show is now open.

Last month, Dum Dum Girls wrote a theme song for an issue of Rookie Mag. You can grab an MP3 of that track above, and check out a list of all DDG's dates below...