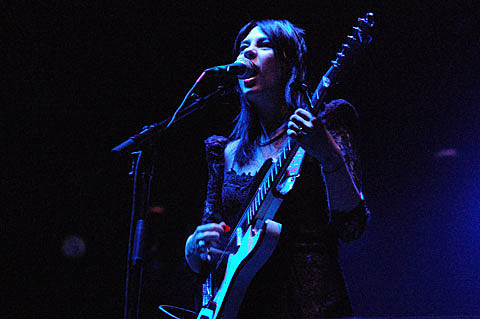 "Dum Dum Girls opened the [Radio City] show [on September 16th] and Dee Dee was sick- she was actually taken to a doctor immediately after the show but she put on a brave performance for a crowd that was still filing in. Didn't matter- seeing friend's band play at Radio City Music Hall in NYC: check." [CatDirtSez]

Dum Dum Girls will go from one Music Hall to another, as the band who recently played the massive stage of Radio City Music Hall (where they supported Vampire Weekend) will now headline a date at Music Hall of Williamsburg on November 1st with support TBA as part of a larger US tour that will also incude an appearance at Fun Fun Fun Fest in Austin, TX. Tickets go on sale Thursday (9/23) at noon.

After those recent dates with Vampire Weekend and Beach House, Dum Dum Girls played their own show at Knitting Factory in Brooklyn before linking up with another band large enough to fill up Radio City on multiple nights, MGMT. The two bands are currently touring Europe through middle October. Hopefully Dee Dee is feeling better...

"Dee Dee was in much better health for [the Knitting Factory] show and it came through in the performance. The crowd was enthusiastic. The girl in front of me actually got out her filp phone and texted "ddg r killing it" right in front of me in conspicuous fashion. Mike Sniper of Blank Dogs/Captured tracks and Wes Eisold of Cold Cave were there. I also read that the lead singer of Vampire Weekend and David Cross were there too but I didn't see them." [CatDirtSez]

Meanwhile, former Dum Dum Girl and current member of Frankie & The Outs, Frankie Rose, played a record release show at Glasslands last week. Their next NYC show on the calendar will take place at Coco66 on 10/22 as part of a CMJ show with Tamaryn and Light Asylum. 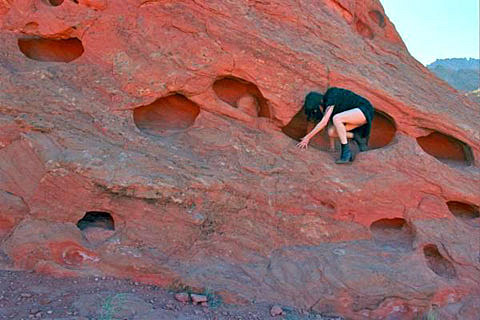 San Francisco's Tamaryn, who is signed to Mexican Summer and who you could easily mistake for a member of the Dum Dum Girls in the above picture (their songs are not so dissimilar either), also plays the Mexican Summer CMJ showcase at Knitting Factory on Thursday, October 21st with Lower Dens, Robert Lester Folsom, Viva L'American Death Ray Music, Soldiers Of Fortune, and No Joy. Tickets are on sale. The two NYC shows are Tamaryan's only upcoming dates at the moment. Grab "Love Fade" and a mixtape Tamarayn made above, and check out the video for the same song below. Tamaryn's album The Waves is out now.

Before DDG/BH/VW played Radio City, the band tagged Aragon Ballroom in Chicago on 9/5. Pictures from that show adorn this post, and more are below, along with all dates... 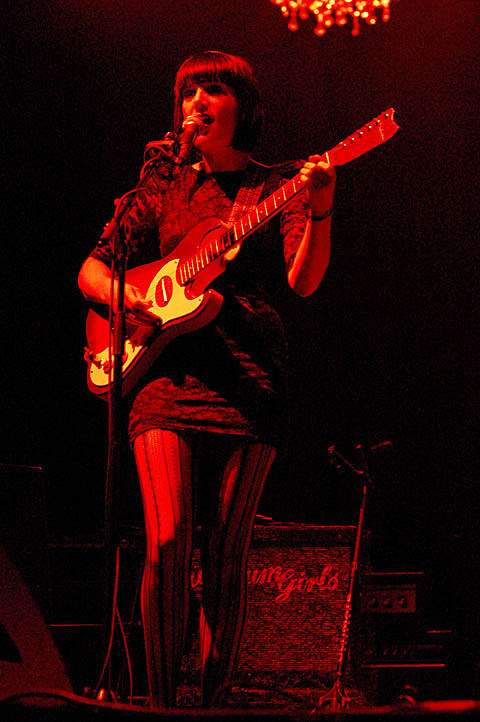 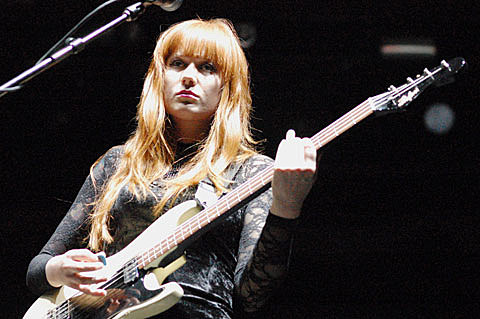 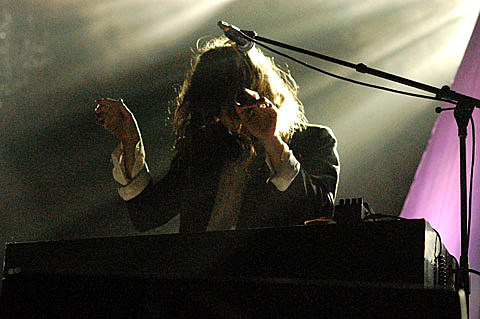 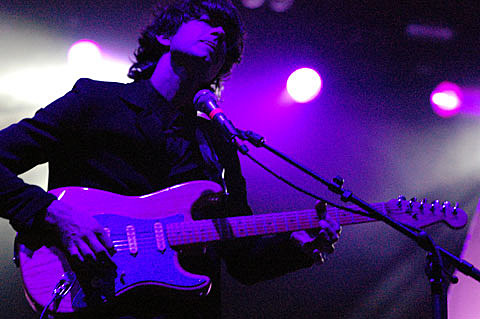 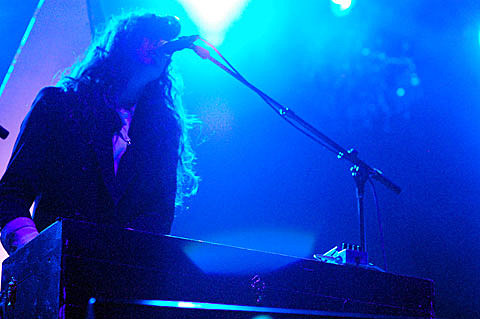 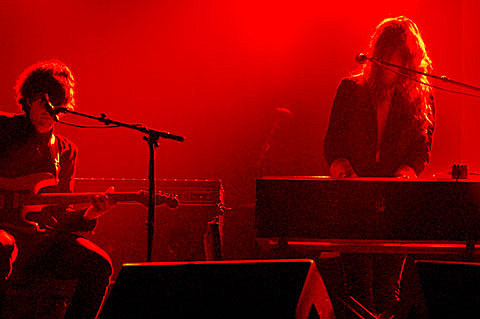 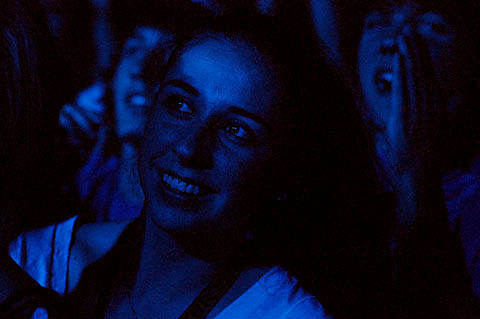 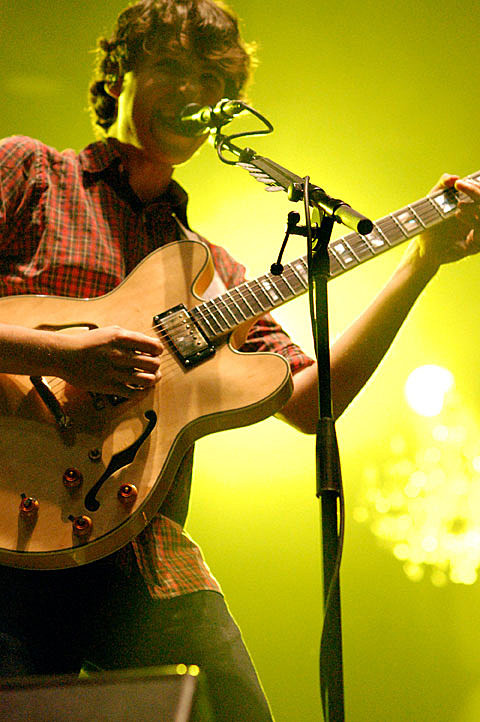 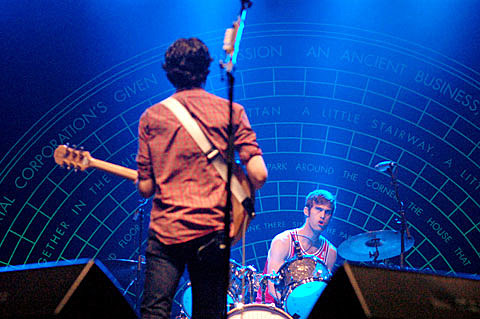 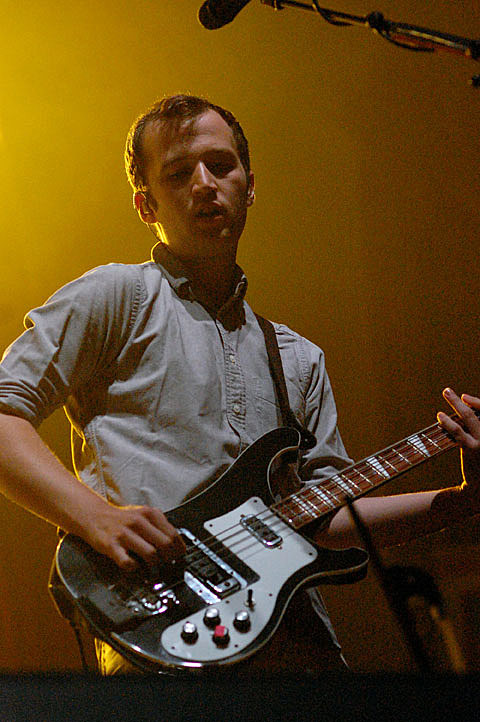 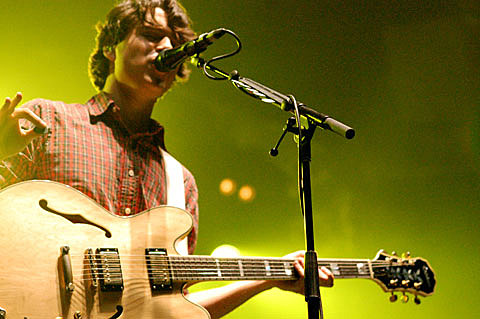 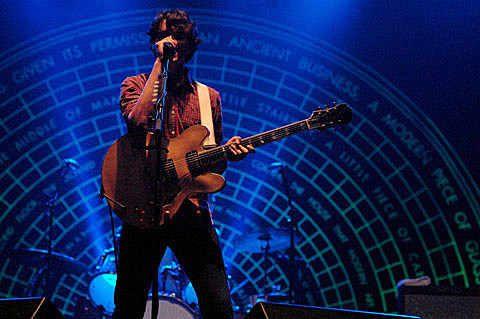